A junior soldier in training (Luke Geer) fails another inspection by the Sergeant (Dorian Easton). Discipline in the training platoons must be maintained and it’s traditional with the juniors to use a swift and appropriate punishment for the fit lads that they are. An army issue leather belt brought down hard across a boys taught khaki shorts is a good start. 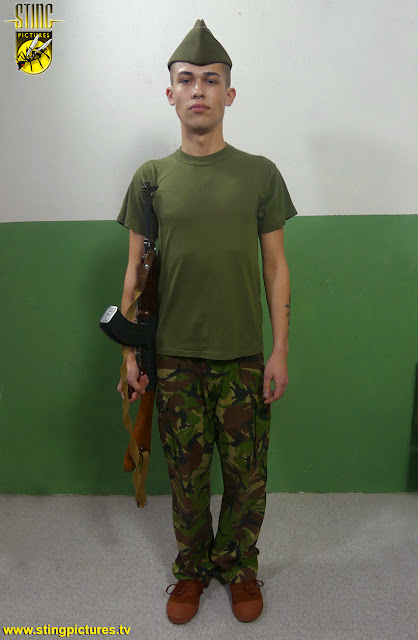 The second is Junior trooper Jackson (Jaydee Black) His indiscipline during basic training calls for a short Sharpe shock of some kind especially if he is soon to make the grade and pass out. He too is sent of for some corrective training with his senior NCO. The leather strap made from a piece of harness followed by a good over the knee bare bottom spanking will soon get him though his upcoming TOETs. (Elementary Training Tests) 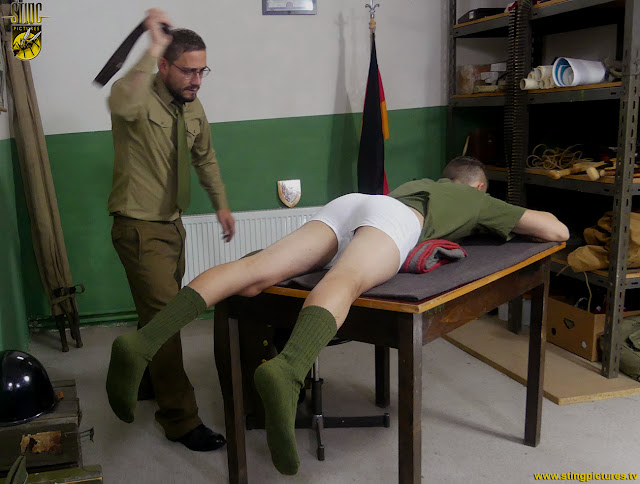 Back in the training depot at the 12th field Cavalry regiment two more young troopers have got themselves put on a charge.

There’s a way out though and an off the record punishment is often the way to leave training records unblemished. The only thing that won’t be unblemished however is the lads rear ends. This is the target area used by the training sergeants to deliver new orders, usually with a strap, riding whip and the flat of their hands! 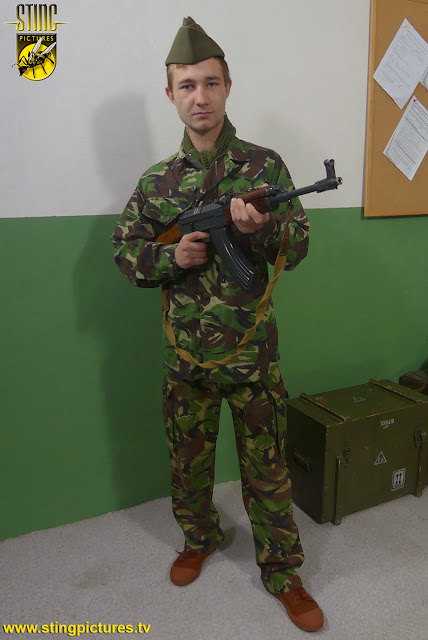 The first is Trooper Regan (Bob Stone) he’s fallen behind in his duties whilst out in the field. Now he is despatched by the C.O to be disciplined by his training NCO, Sergeant Sharpe. As its a cavalry regiment he can expect to feel the biting sting of the training whip and after that, a long hard army style bare bottom spanking! 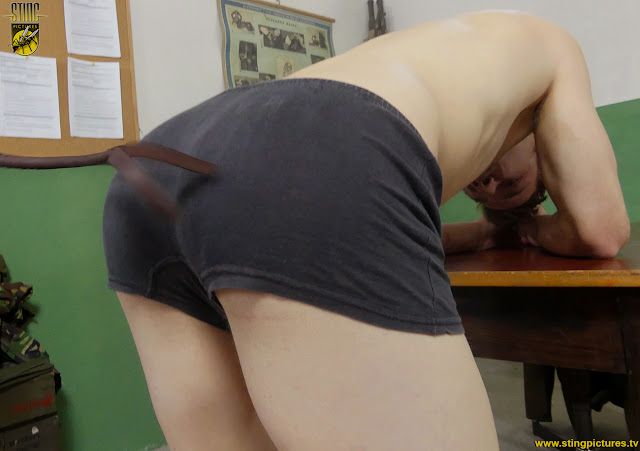 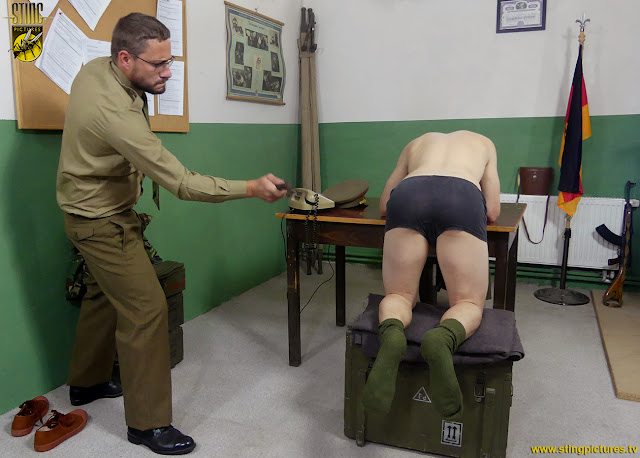 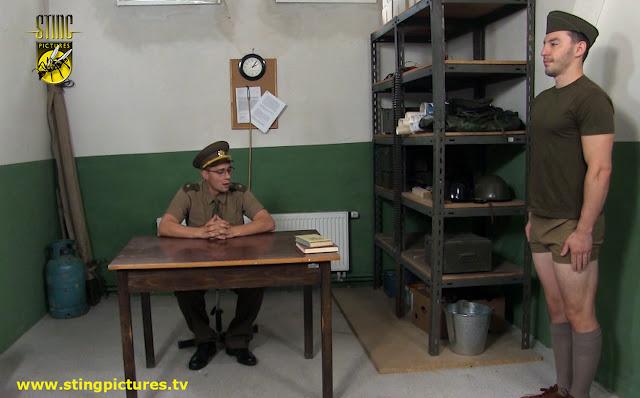 The Training Sargent’s themselves are no angles and the Junior Cadet Sargent’s mess is a favourite haunt for a pint of beer… or a few! After a riotous night out on the town Sargent Douglas finds himself on a charge for being drunk and disorderly. 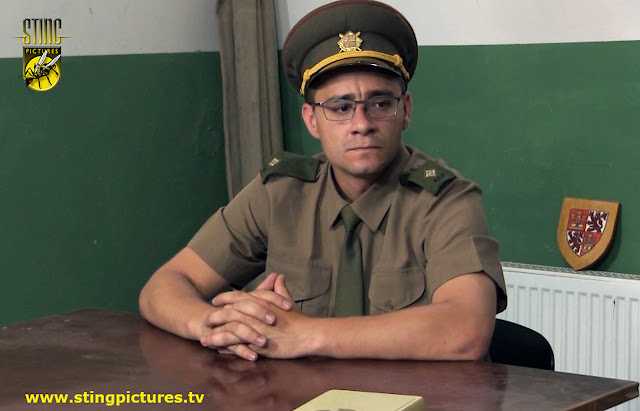 This is a relief for Douglas but not for long, as the officer deserves his fearsome reputation! 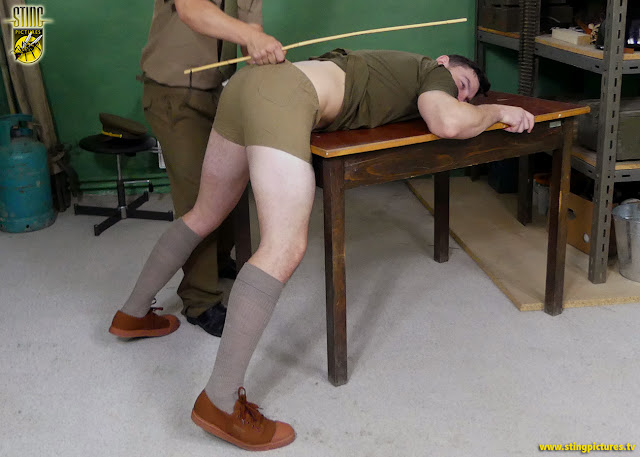 Click Here or on the Read More tab below to see more pictures and the video preview. Another visit to the 12th Field Cavalry Training Regiment where the young troopers are learning to mount their horses and handle their military equipment properly. Unfortunately in many cases a lot of the lads still don’t know a rifle barrel from the butt and their own butts are quickly made the main target for disciple! The only mounting going will be high over the knees of their strict training Sargent’s for a good spanking. 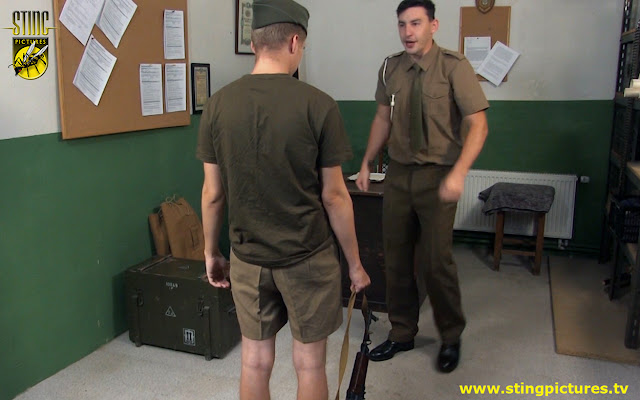 Cadet Coleman (Paul Wolfe) is one such trooper and ends up having to report to his platoon N.C.O, Junior Training Sargent Douglas (James Holt) Its time for some discipline to sharpen up the hapless trooper Coleman, he’ll make it as a soldier one way or the other. 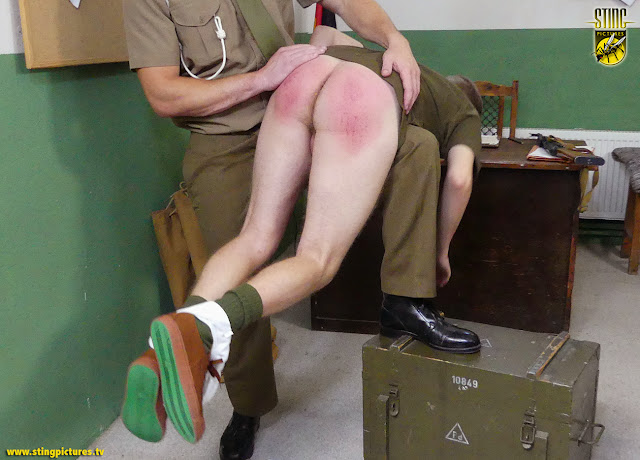