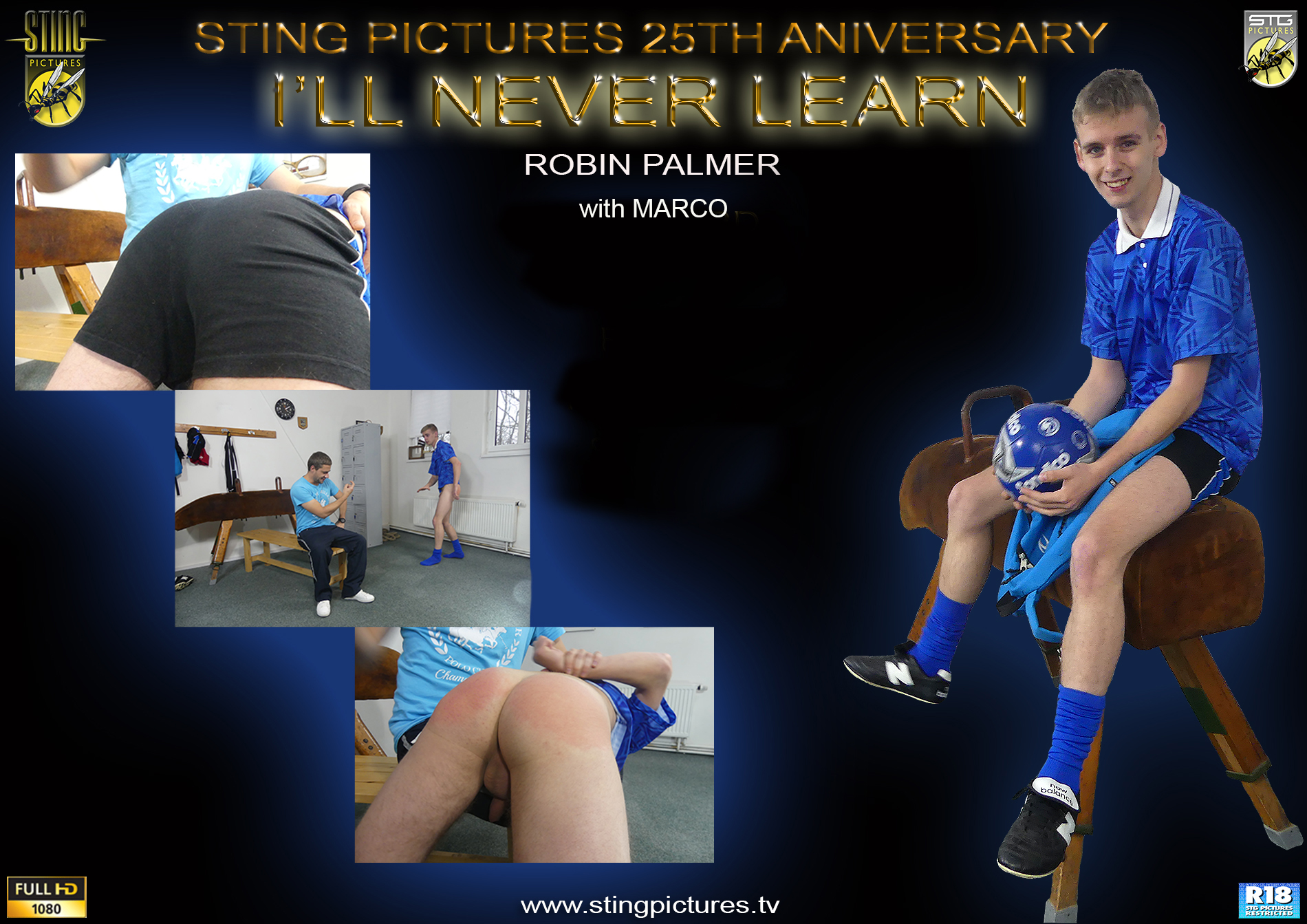 We couldn’t think of any other model than Robin to give you a treat during this celebratory week for Sting Pictures. Here he’s coupled again with Marco, another all time favourite Sting disciplinarian. This handsome cheeky lad will perhaps never learn to behave but in some ways maybe that’s for the best! What do you think?

Update: The Free Standard Definition version of this video is no longer available, however, the 1080p High Definition Version can still be purchased for only $5.00 to cover bandwidth 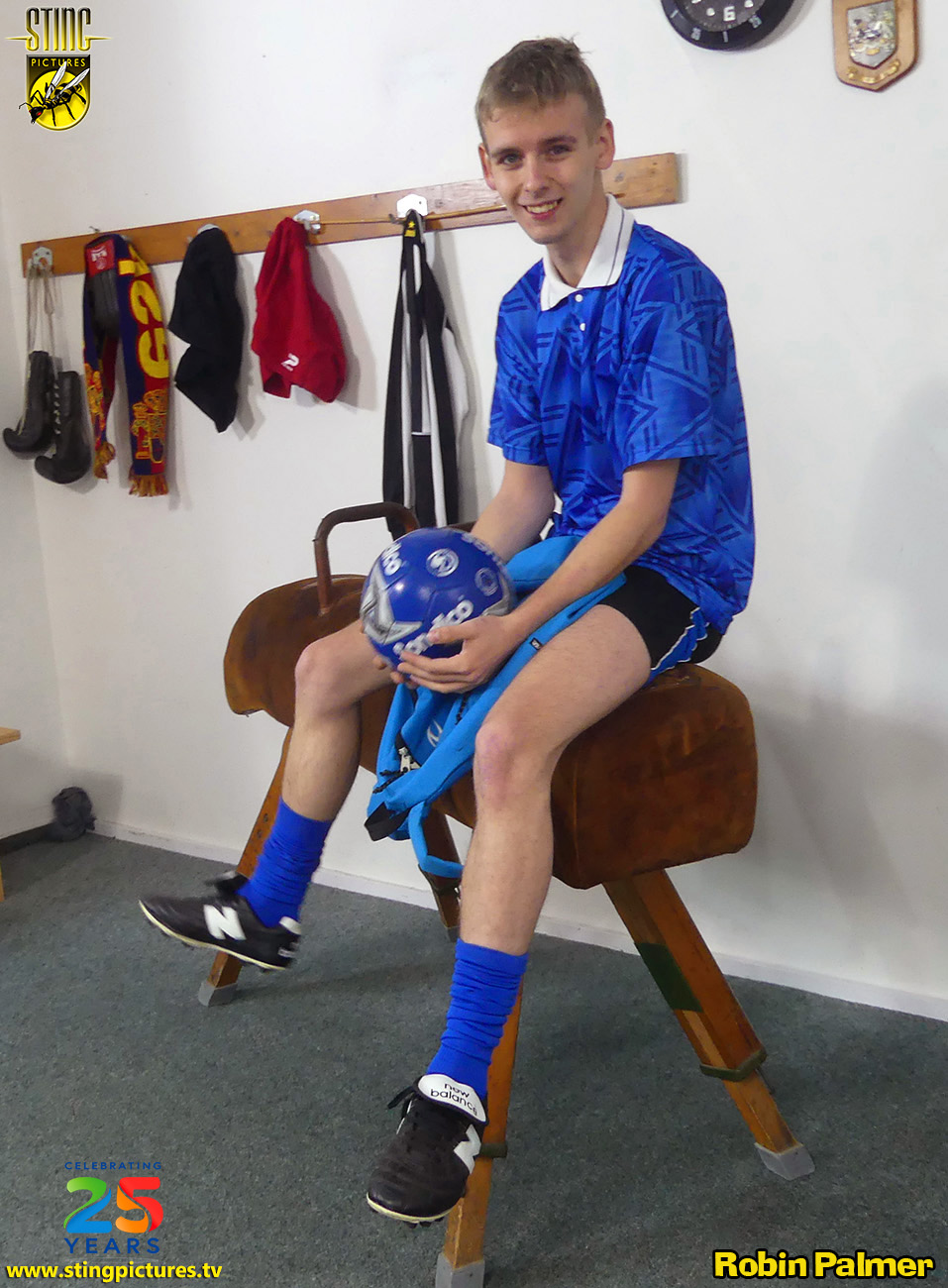 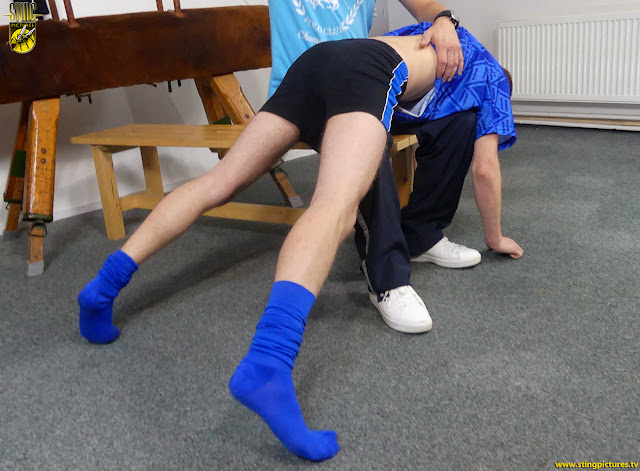 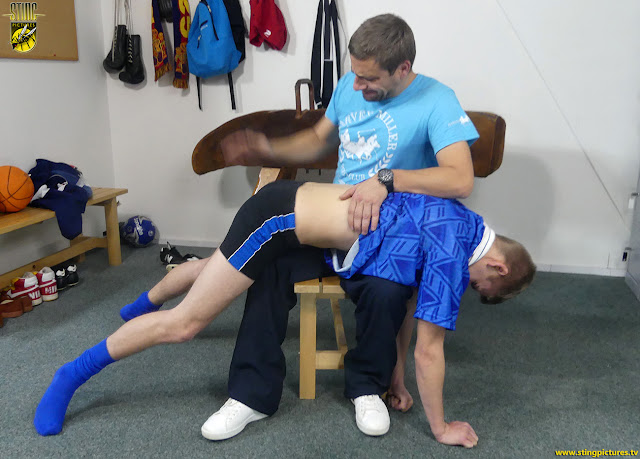 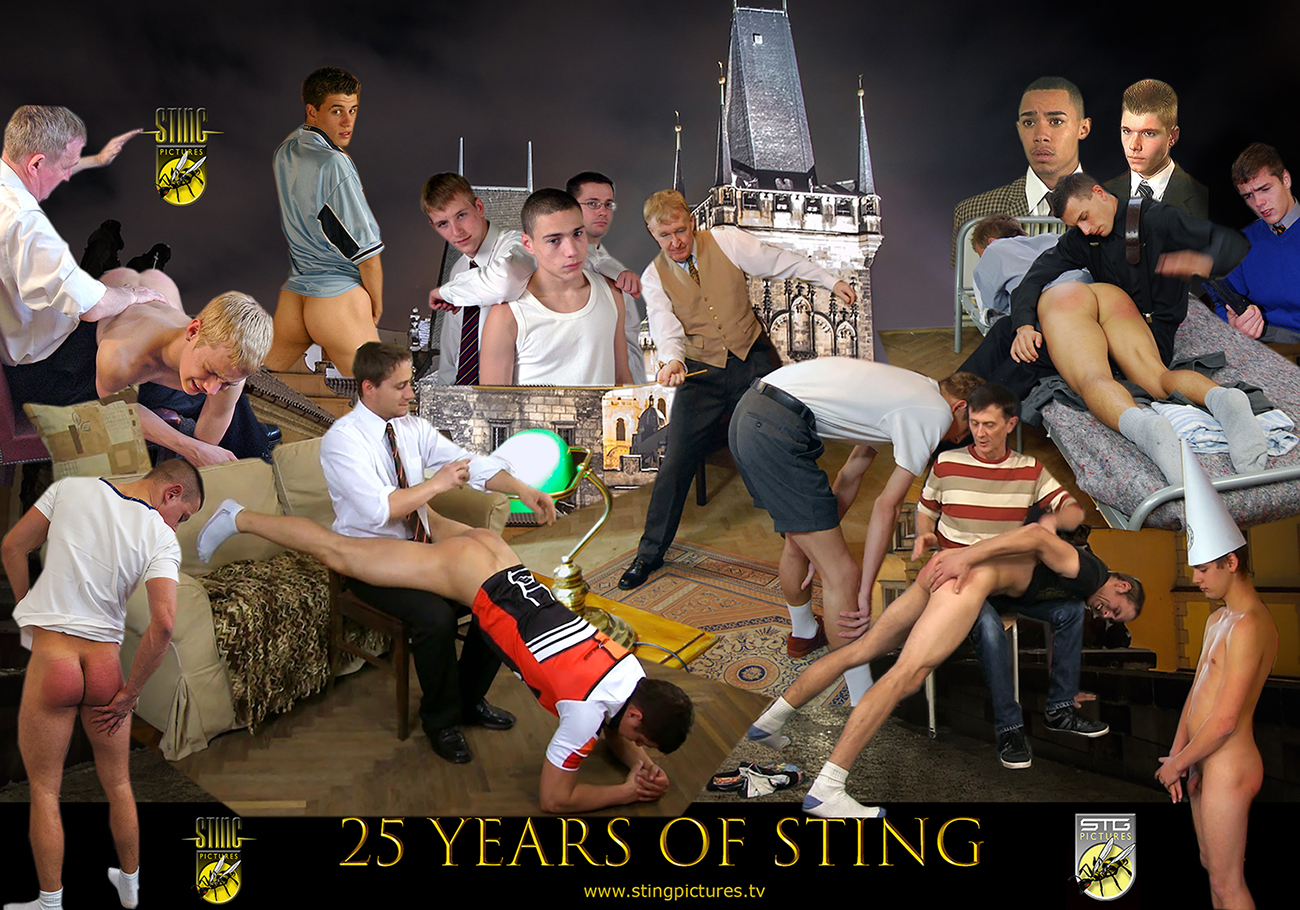 A Brief History Of Sting

Yes, it really has been 25 years! Sting Pictures posted out their first VHS cassettes in 1993. Many youngsters today actually wouldn’t know what a VHS Cassette was but they were cutting edge at the time. In fact some Sting videos are even older than that! Parts of the content in the famous “Punishment Book” series were actually shot in the 80s. However, 1993 was when Sting was officially launched as Male Spanking video provider.

Competition was sparse back then with only a few US based male spanking studios, of which our friends at Man’s Hand Films is the only one remaining from that period, with almost nothing of note left within Europe.

Back in those early days how was it done you ask without the ubiquitous handy-cams so much used today? It just so happened that Rich was working professionally in the film and TV industry so early shoots were made possible with borrowed and expensive cameras, which had enough quality to make high end video. There was no web site either, the world wide web was in its infancy, so the videos were marketed via advertising in Gay Times and other publications. You had to send for a list of films and the VHS tape you wanted was then posted out in brown jiffy bag.

Initially, although production was undertaken in the UK, Sting chose to base themselves officially in Amsterdam. It was still dark days in Britain and adult material had to be certified by the BBFC and 18 certificate gay adult films still weren’t even allowed to depict a male erection.

Rob joined Rich and leaving their original studio in Vauxhall, they opened a larger studio in Barnet North London. It was there that iconic spanking films were made and spanking stars like Paul, Brett, Matt Mills, Tigger, David and Vex were born. In that period, in addition to the Punishment Books, Sting produced classics like “Grey Shorts” “Instruments of Persuasion” (1 and 2), “Asian Incident”, “St. Datchet’s Academy” and, of course, the Sting Double Bill, which introduced the two popular series, “Discipline DownUnder” and “1900 House of Correction”

Following more recent developments in the UK, it seems this was a wise move

Various options were considered, however, a very pleasant weekend trip to Prague made their minds up. They found the Czech Republic to be the perfect place and joined other successful studios there such as William Higgins and Bel Ami in using East European models to mark a new era of spanking films.

During Sting’s years in Prague they have introduced fans to popular East European actors, such as Dexter, Darren, Leonardo King, James Holt, Travis McKinnon, Joey Whyte and Robin Palmer, together with Marco and Damien Drake. who are now part of the Sting team.

Sting produces regular short downloads, usually at least once a week, together some new full length Epics, such as “The Brothers” “Reformatory USA” and “School Daze Detention”. Through the years Sting have set a bench mark in spanking film production which others have followed.

So what of the future. Eleven years on, and as Rich says ‘I can’t go on forever’ but with Rob and the trained Czech staff on hand, and new ventures in to CFNM spanking, a site for that and Hornet site expansions will no doubt keep them busy. There are also film production businesses outside of the STG sphere so all in all its going to be busy future if nothing else.

Some Exciting Celebrations of Sting’s 25th Anniversary will follow!