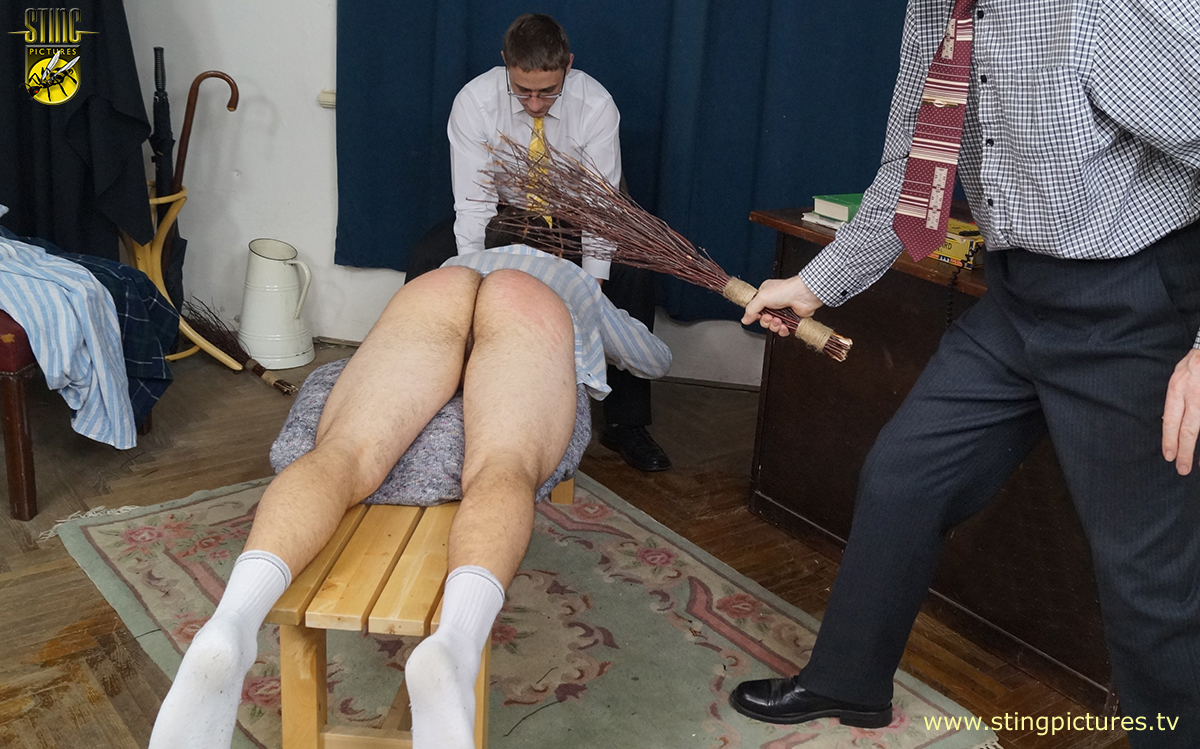 The Second set of pictures for – The Sixth Formers – Sounds Painful 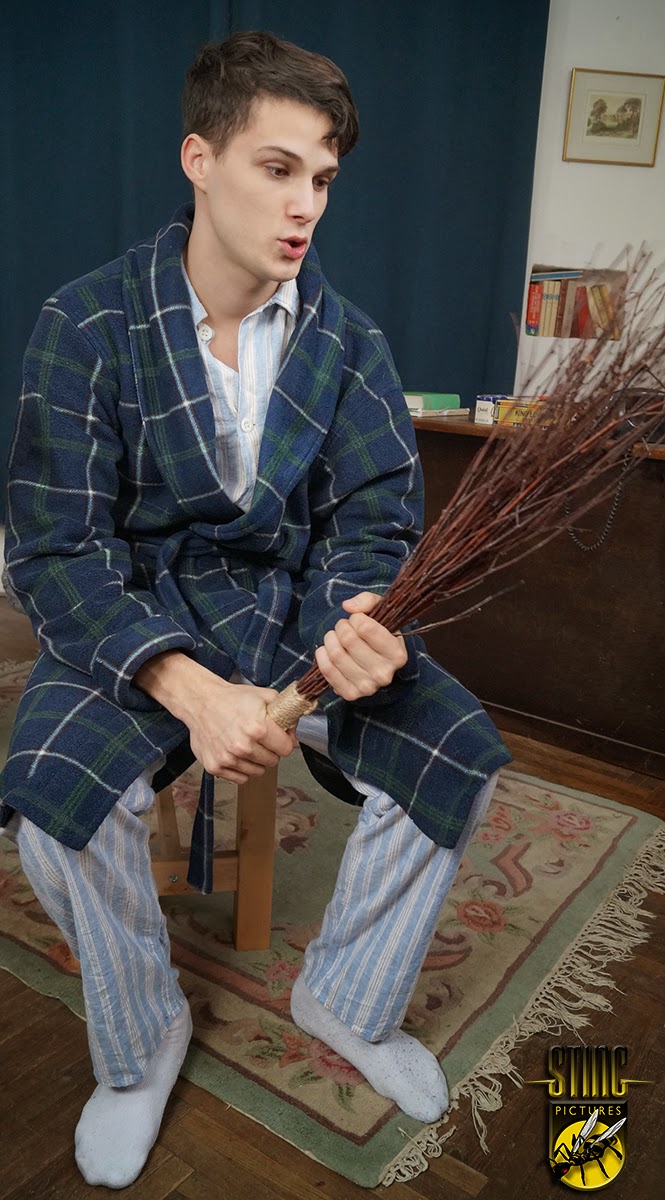 ​
It was in fact Mark Harfield the head boy (Adam Ashton) who put ​Radley up to the misbehaviour. He now stands in the Headmaster’s office getting a final dressing down before punishment is administered. The Headmaster is
_
underwhelmed by his performance and antics this term and assisted by Mr
Sharpe Harfield will receive a severe dose of the cane and strokes of
the college birch. The crimes have added up and positive disciplinary
action must surely follow. This is the Head Boy after all, an example
must be set. 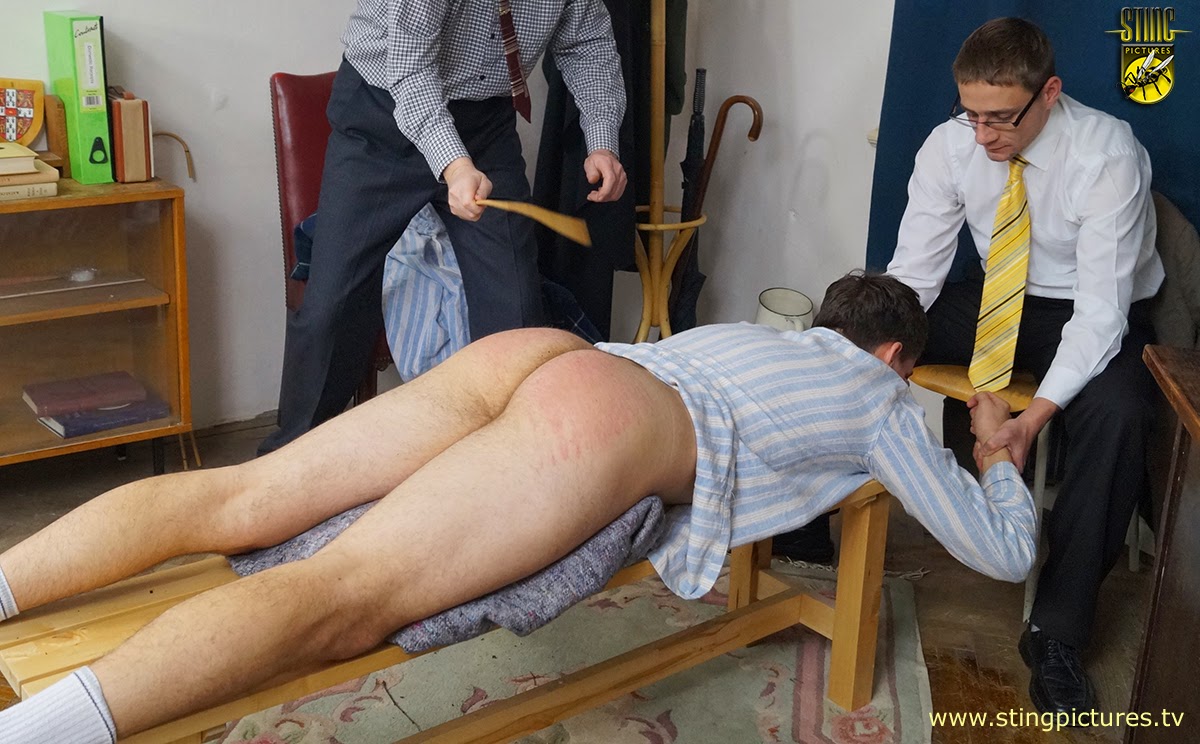 The caning is hard and uncompromising. The well-oiled rattan canes,
both junior and senior, swish home leaving stripe after burning stripe
on the strapping lads bare bottom 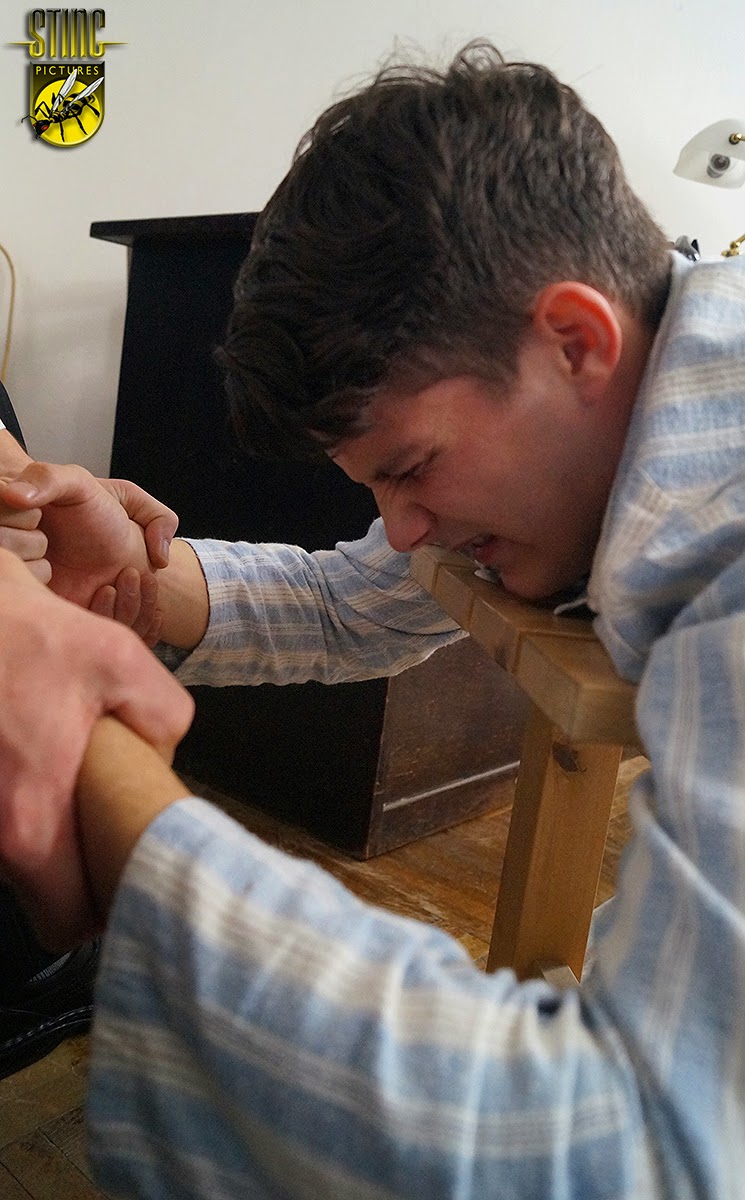 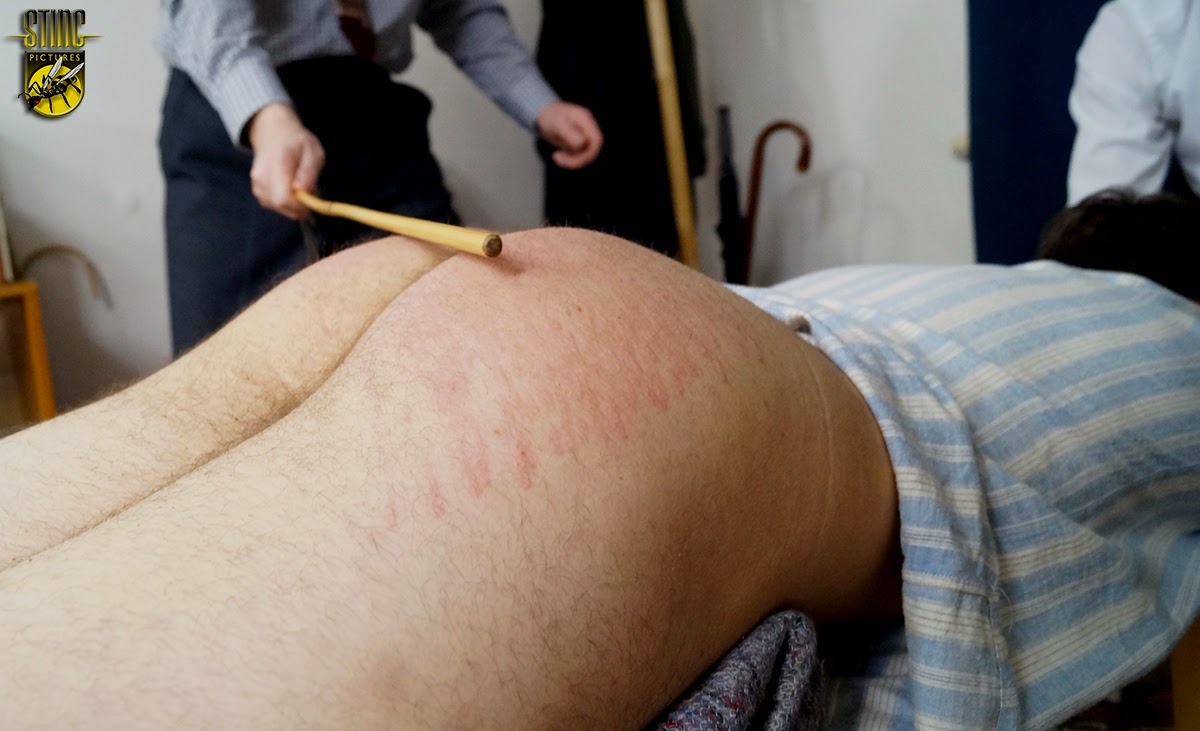 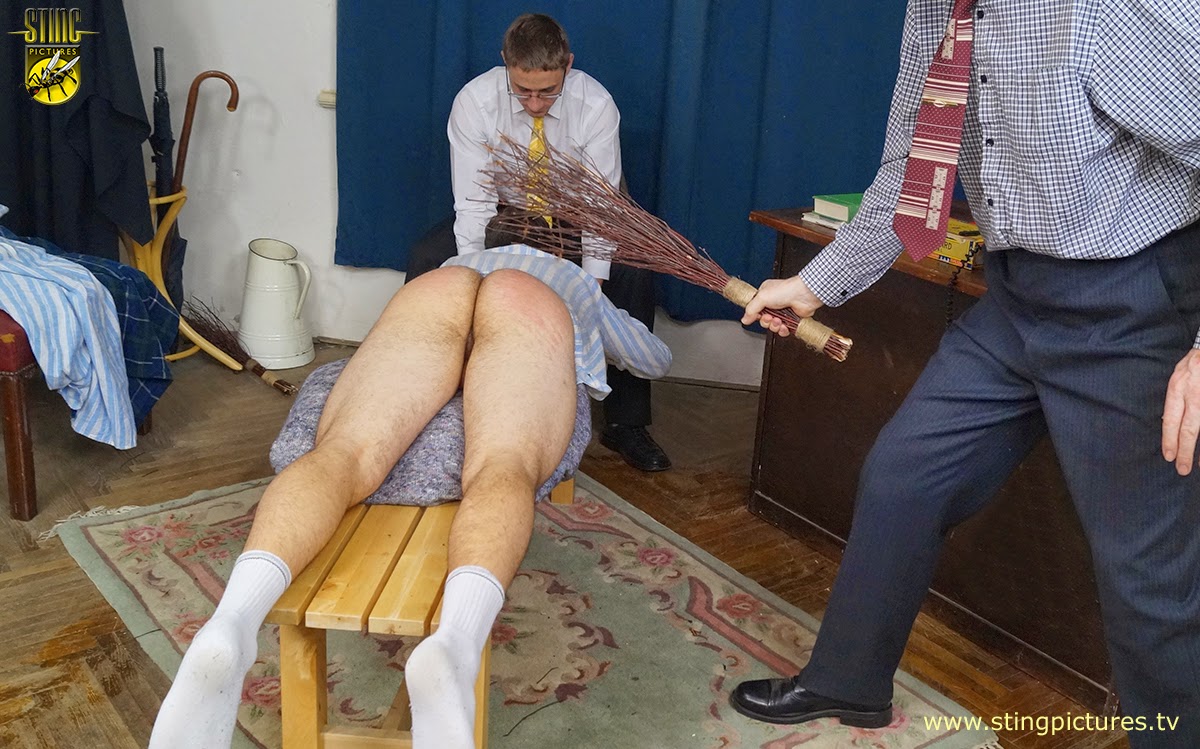 By the time the birch cuts down the
boy is really feeling it, the biting tips of its soaked twigs finding
their mark on Harfield’s dangerously exposed bare buttocks. 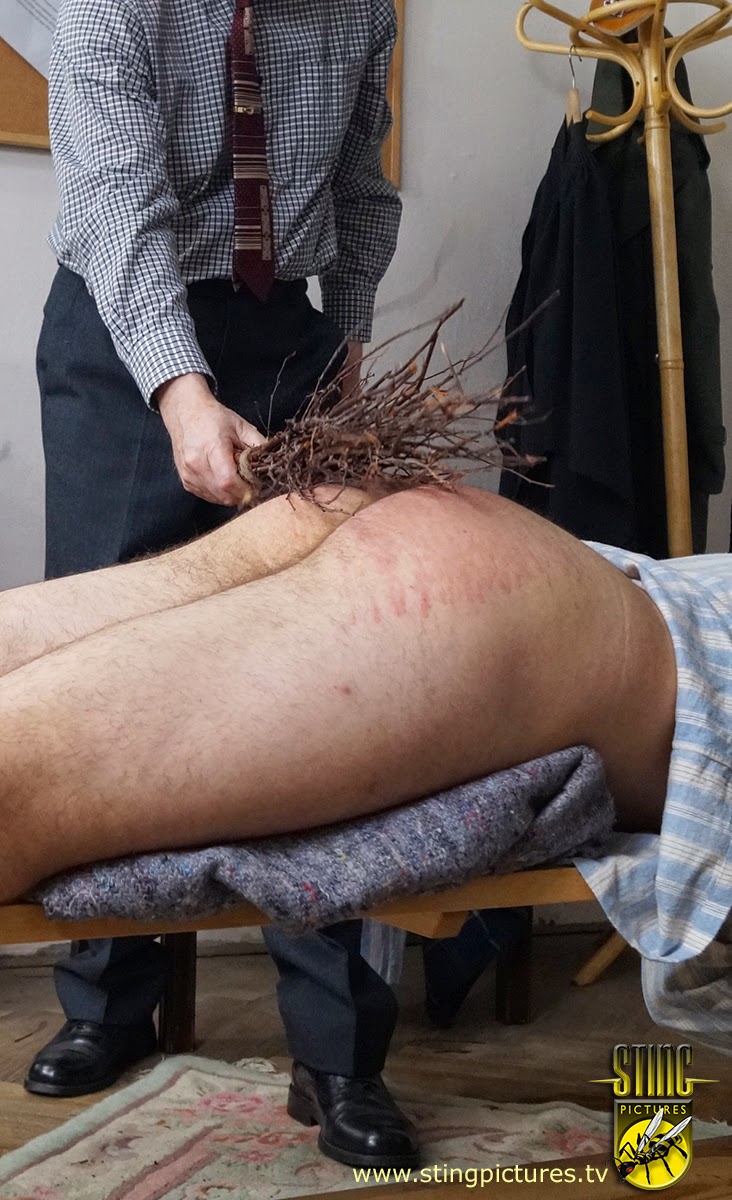 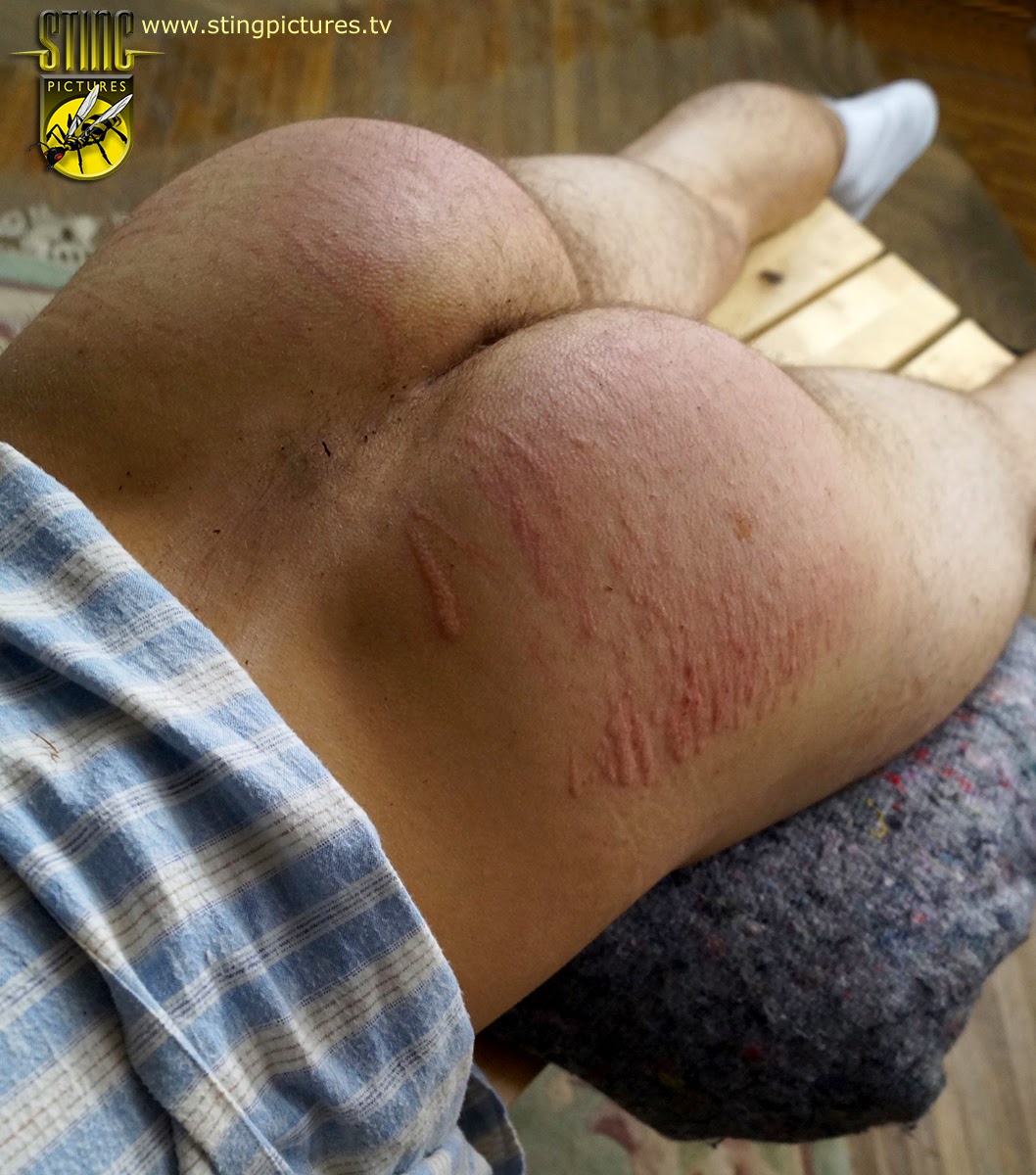 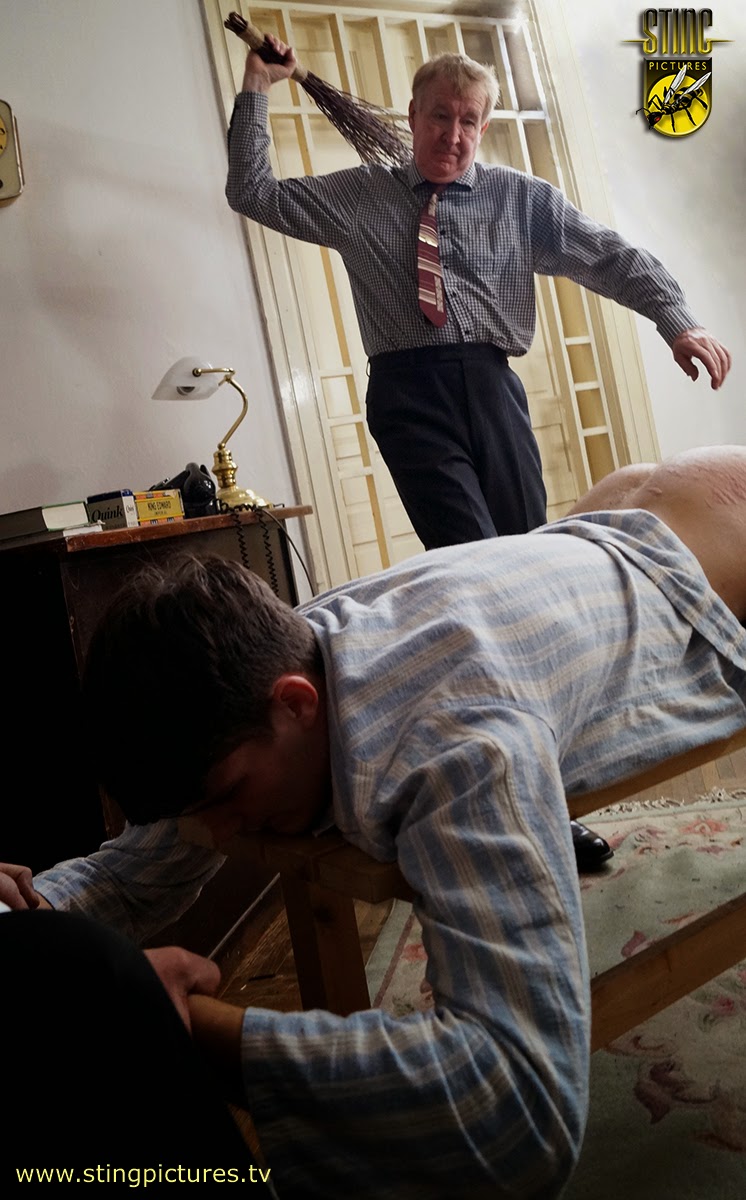 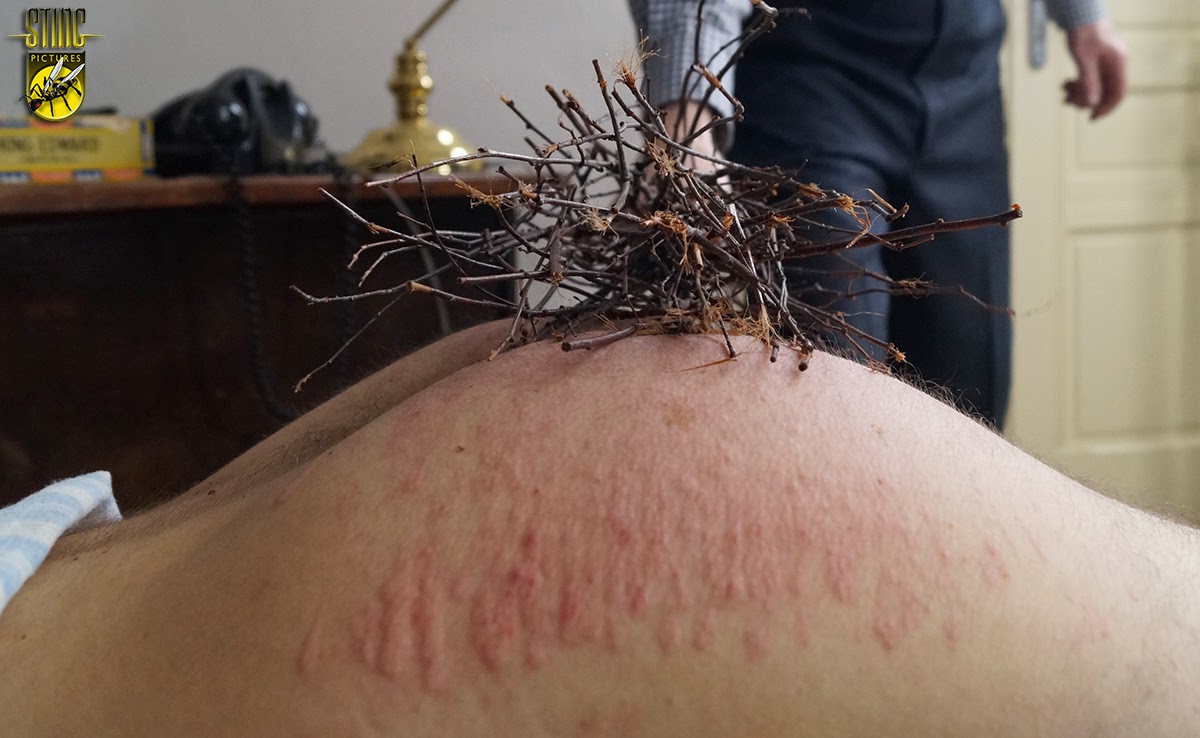 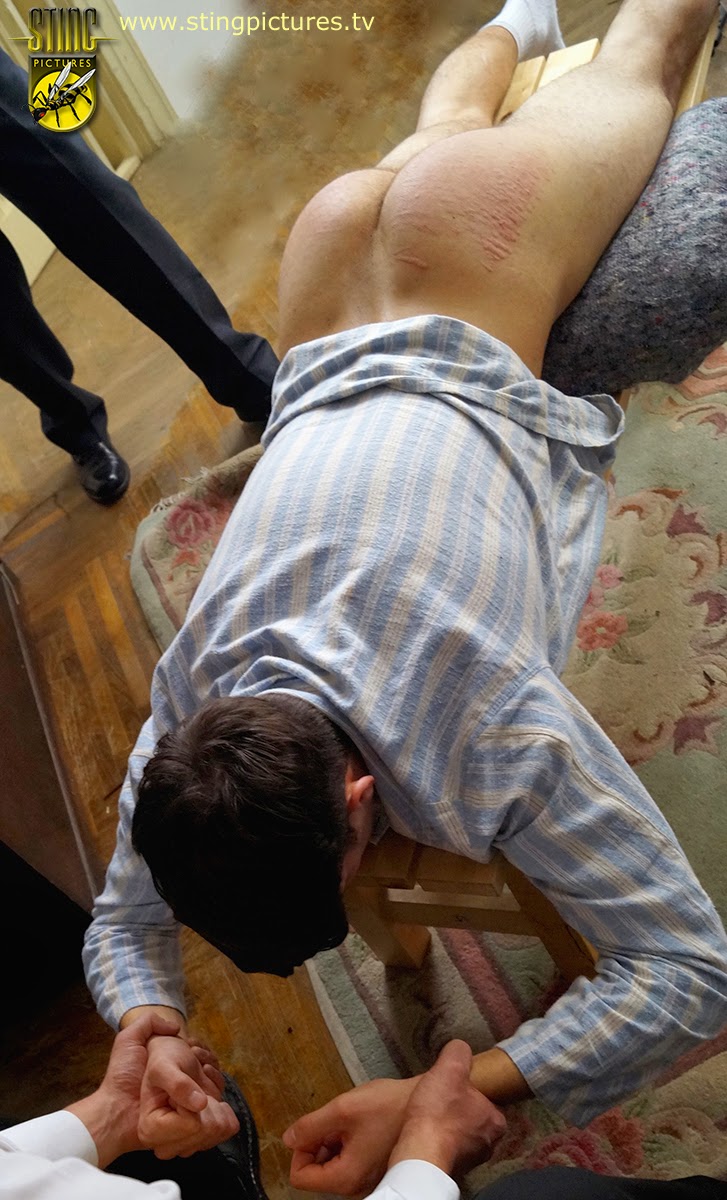 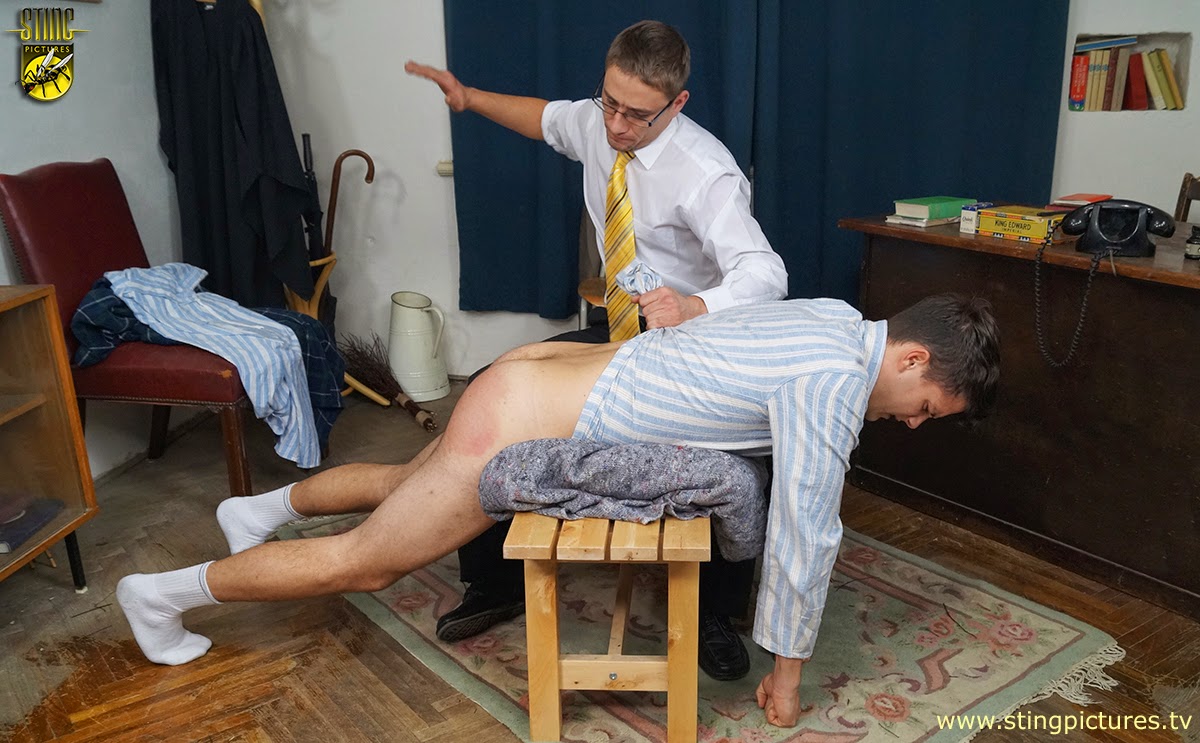 This is bad enough but it is Mr Sharpe’s hard after punishment
spanking that really brings the previous disciplinary session back to
life again. For Harfield there really is nowhere to run! Quacking
noises, Sounds Painful, yes they were! 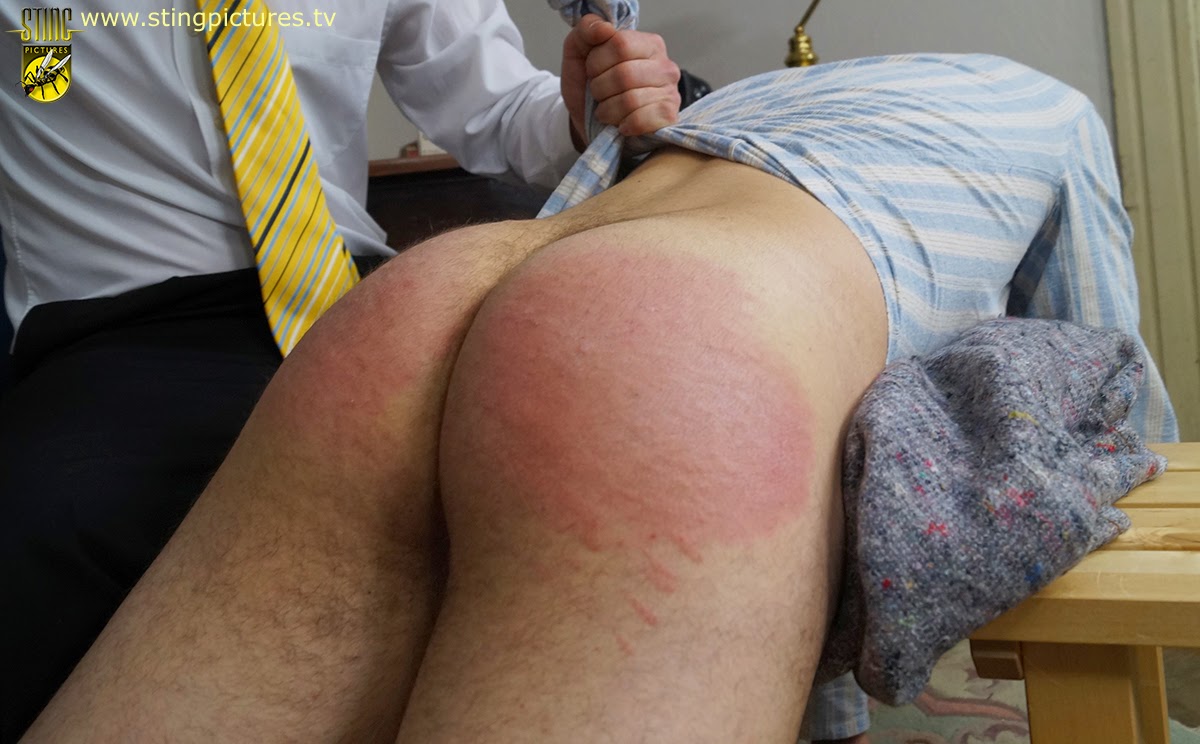 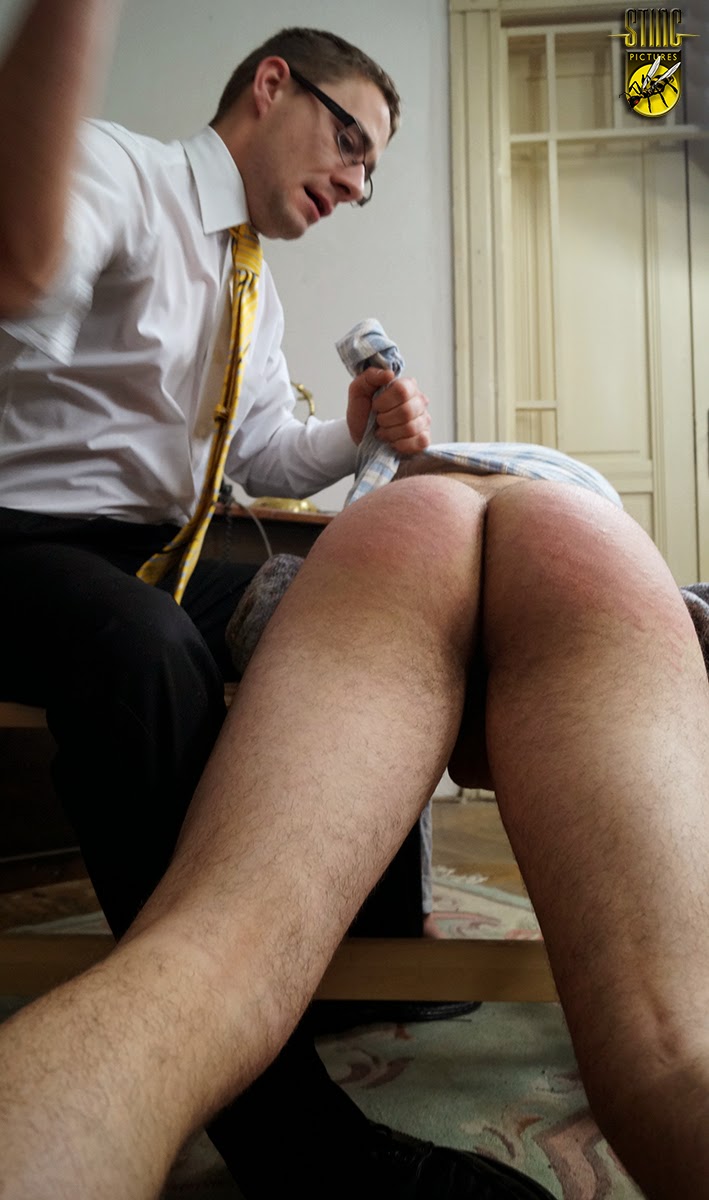