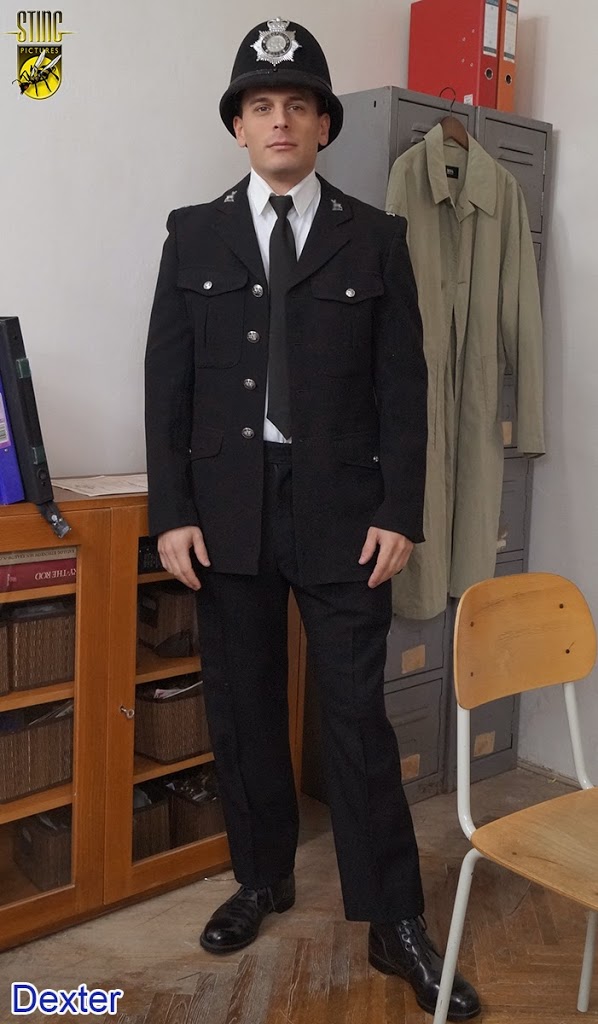 In Part 2 of Police Story, following the sound spanking and belting he gave Johnny (Travis), Constable Catchpole (played by Dexter) is also in trouble
Scroll down to view the preview trailer 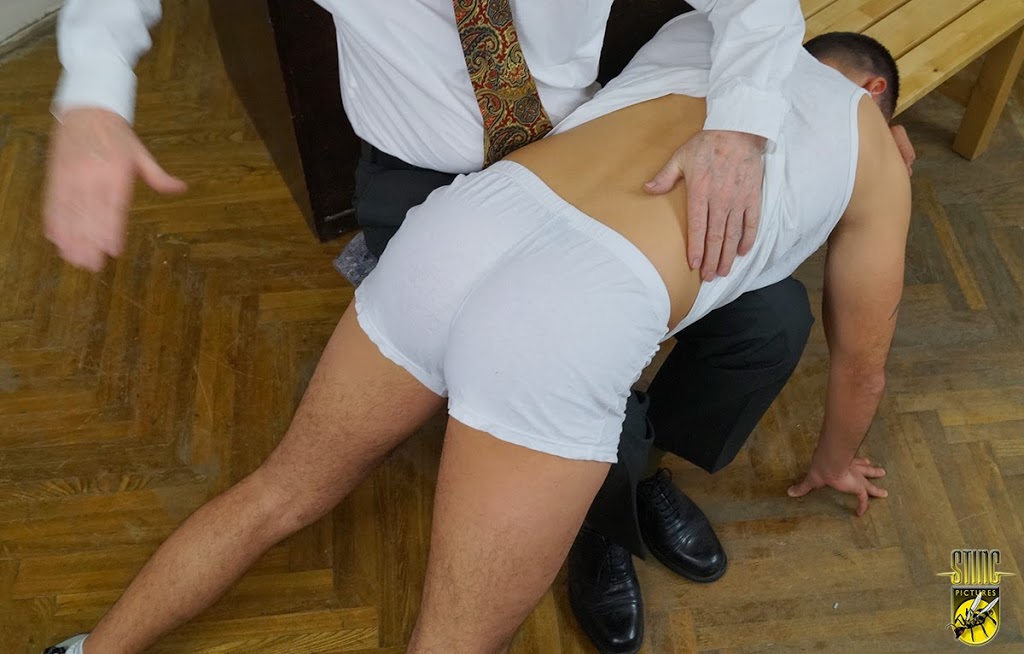 The evidence of Johnny Britten’s crime, being the drugs, should have been disposed of by the junior Constable using proper procedure, but he failed to do this. The packages were found later in his possession. Now the tables are turned and it’s the young constable who must go over the knee. 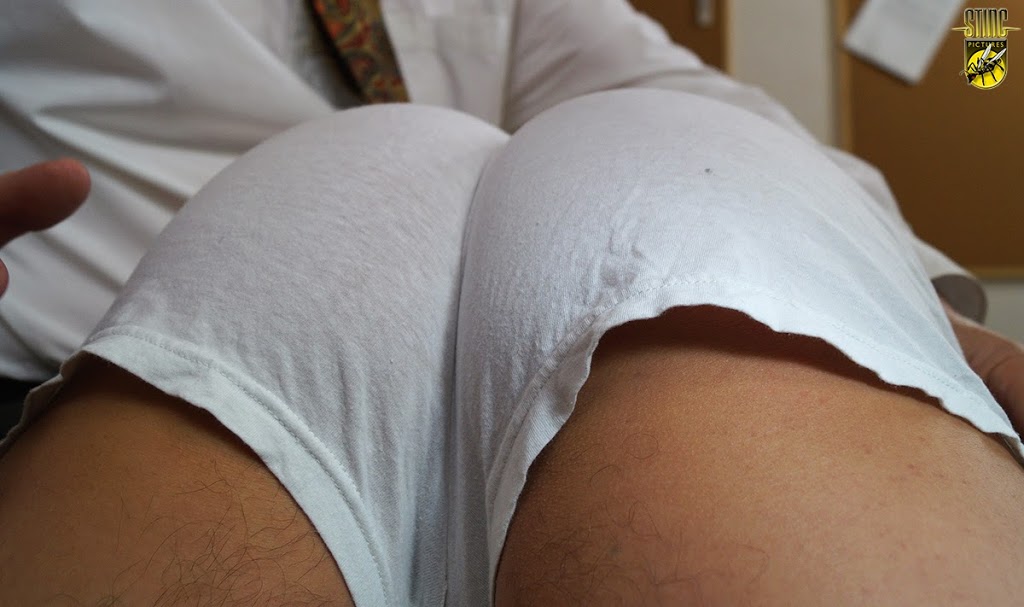 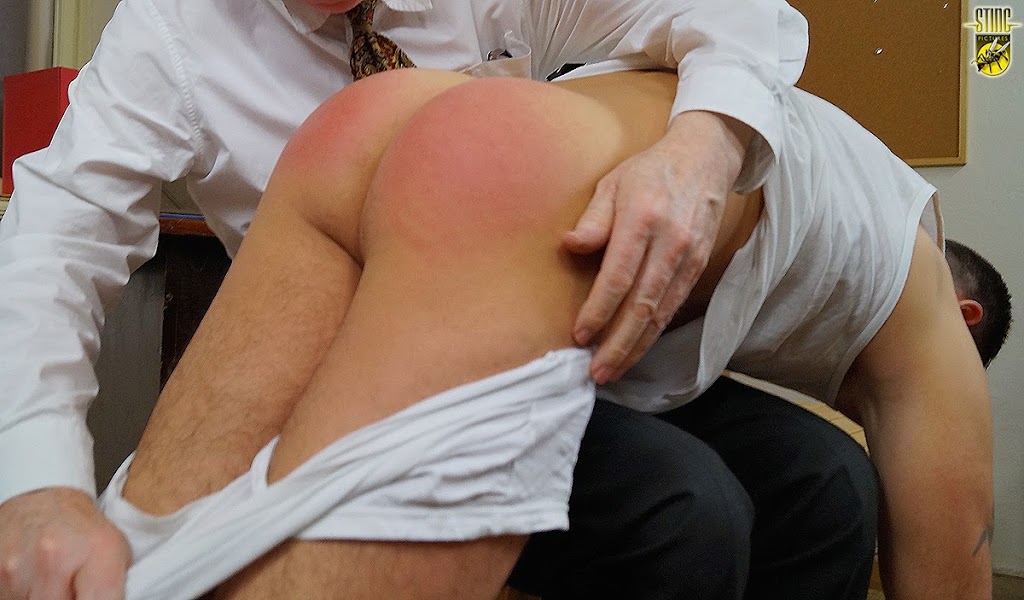 Young Catchpole’s has a particularly inviting bare bottom where spanking is concerned and the investigating officer for the case soon has the junior constables butt cheeks turning bright red. 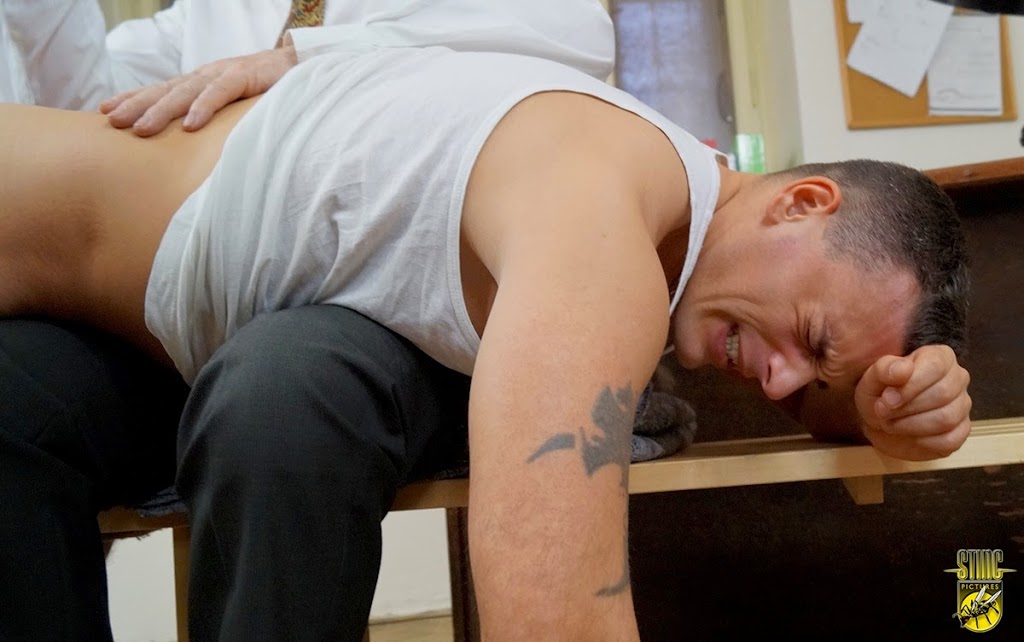 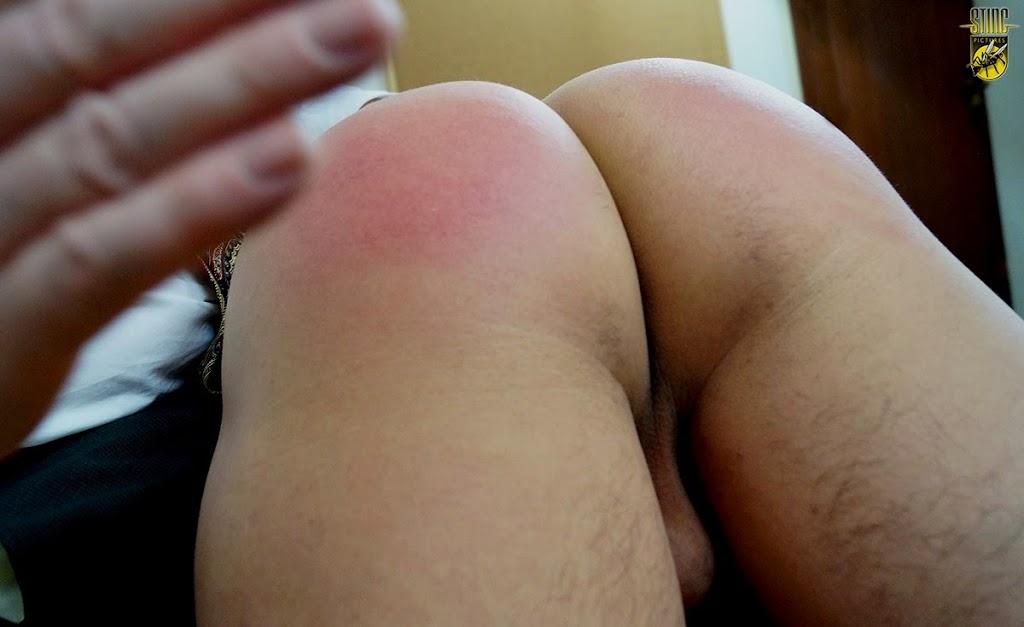 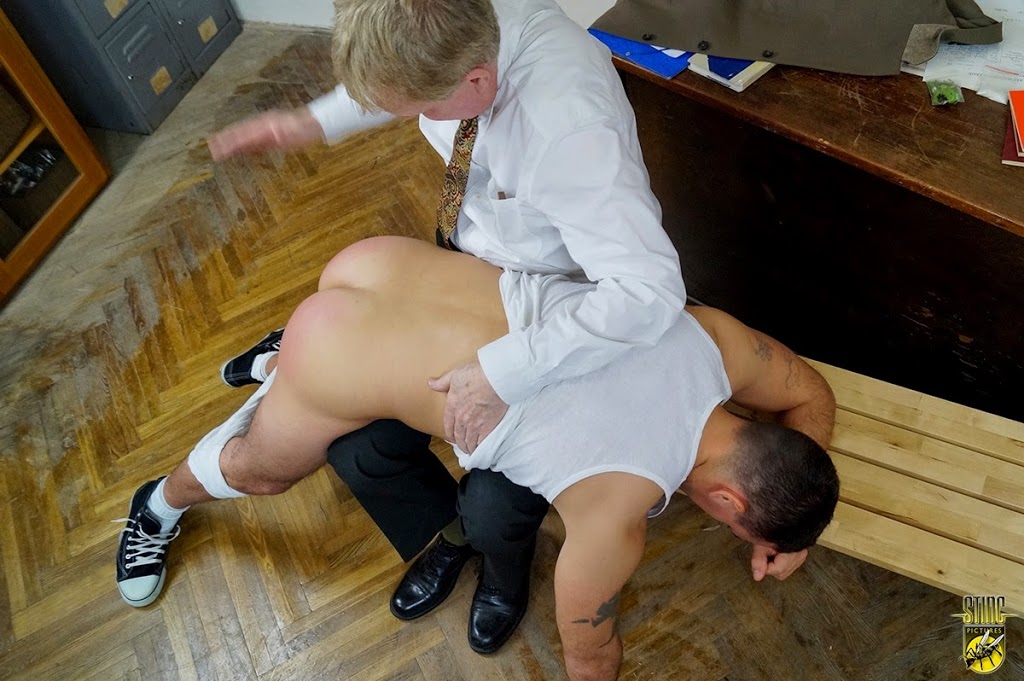 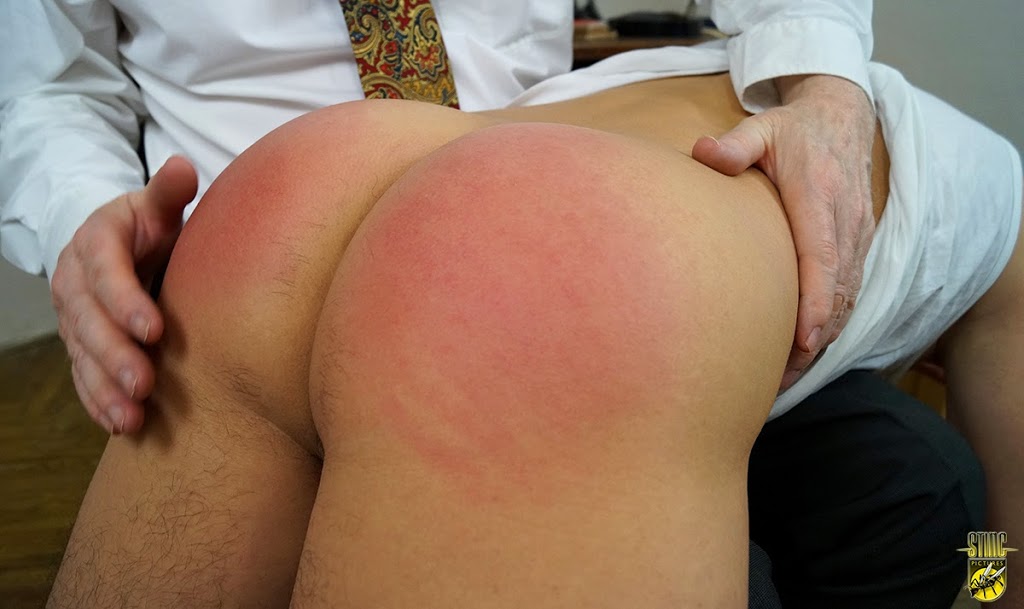 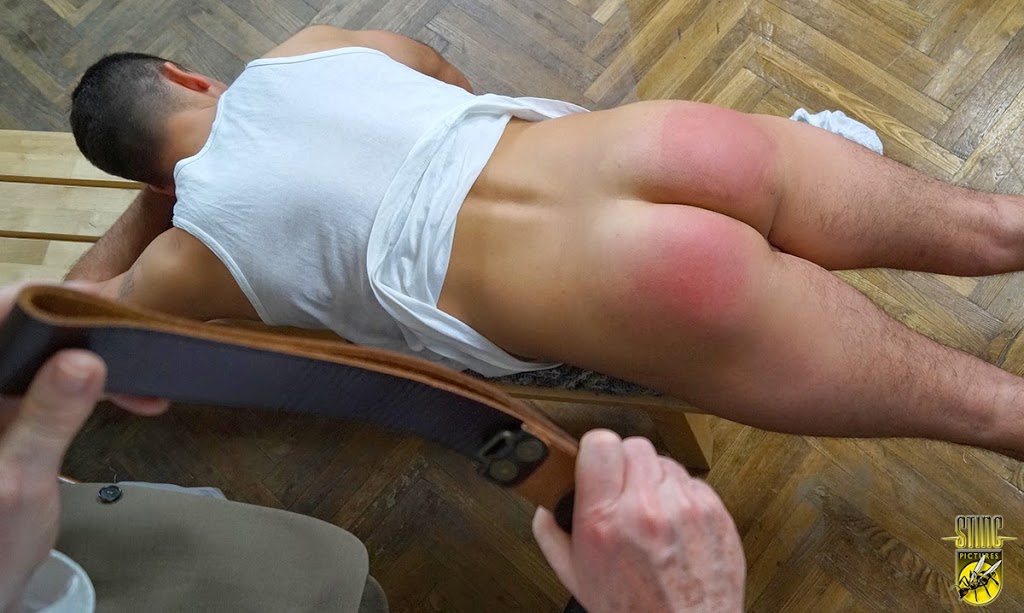 However, now as the old Sergeant would have done, the young copper is to receive the strap still left nice and pliant from its outing with Johnny Britten. 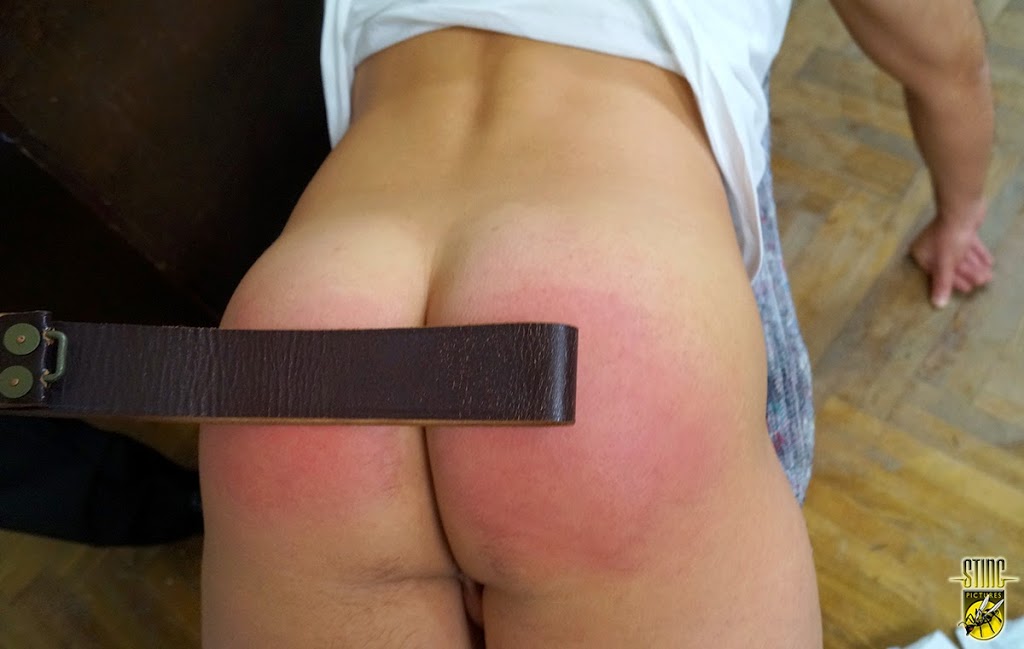 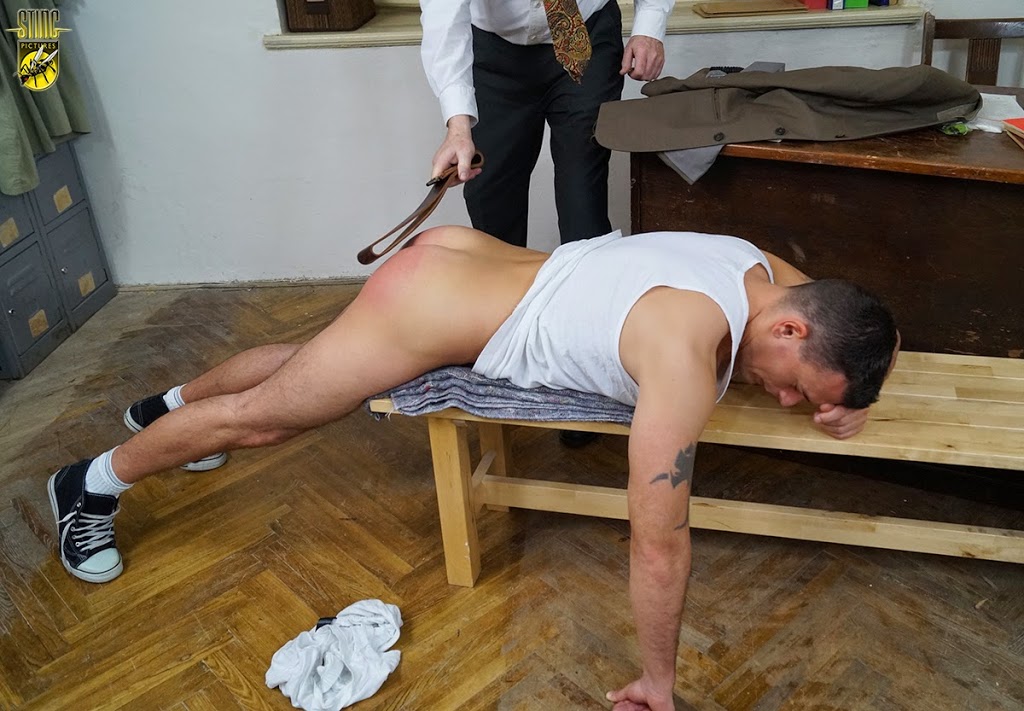 Catchpole’s burning red cheeks are in for even more punishment now as the old brown belt cracks home. 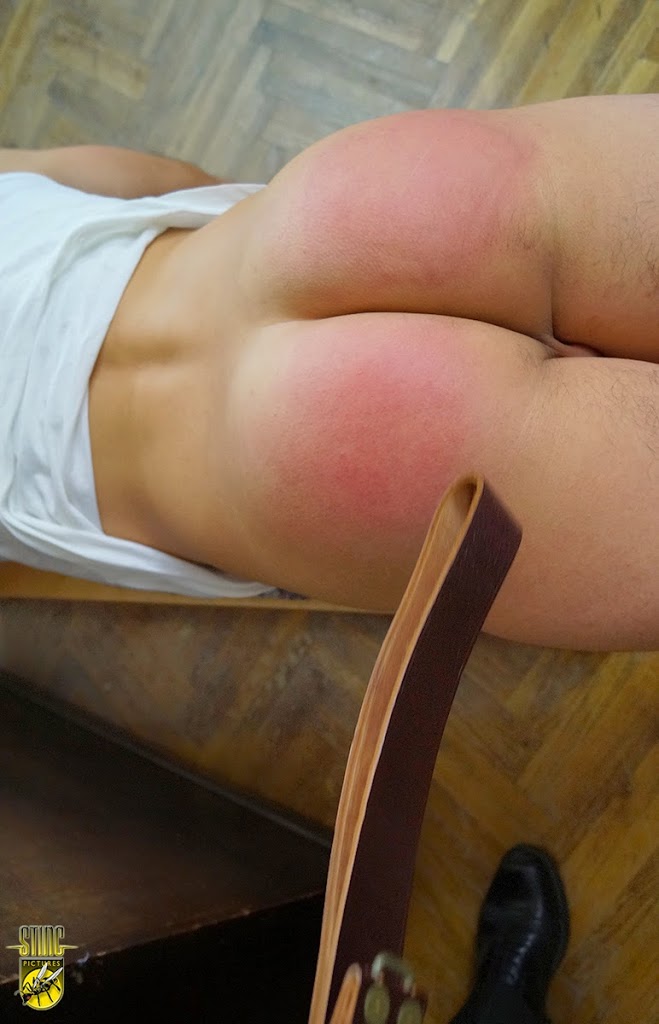 The bands of fire from the raw leather drawing a deep red on the once blemish free bare bottom. Constable Catchpole is being given lasting message for the future.
CLICK HERE TO VIEW PART ONE
View the preview trailer Online
Alternatively full a sized High Definition version of the trailer can be downloaded to your computer from SendSpace at the following link.
Download from SendSpace
——-
(When downloading from Sendspace click on the blue bar towards the bottom of the screen – See illustration below)