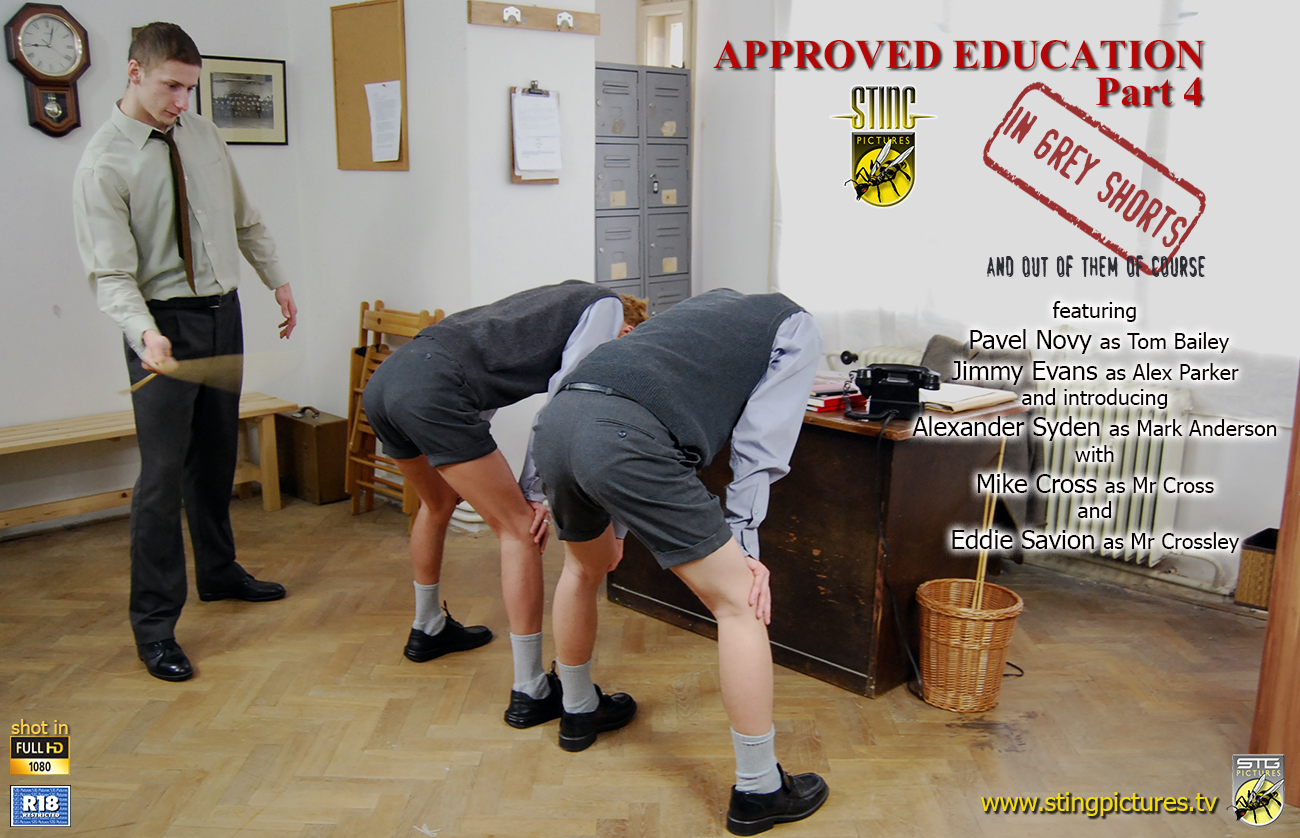 It’s back to review the stiff discipline of the Approved schools. Lacklustre youth Alex Parker (Jimmy Evans) has broken the law again. The magistrate, now completely fed up with his behaviour, sentences him to time served in an Approved School. These British institutions were originally designed to put back discipline and respect in to the wayward young lads of the day. Inside if you didn’t behave life can be very tough. 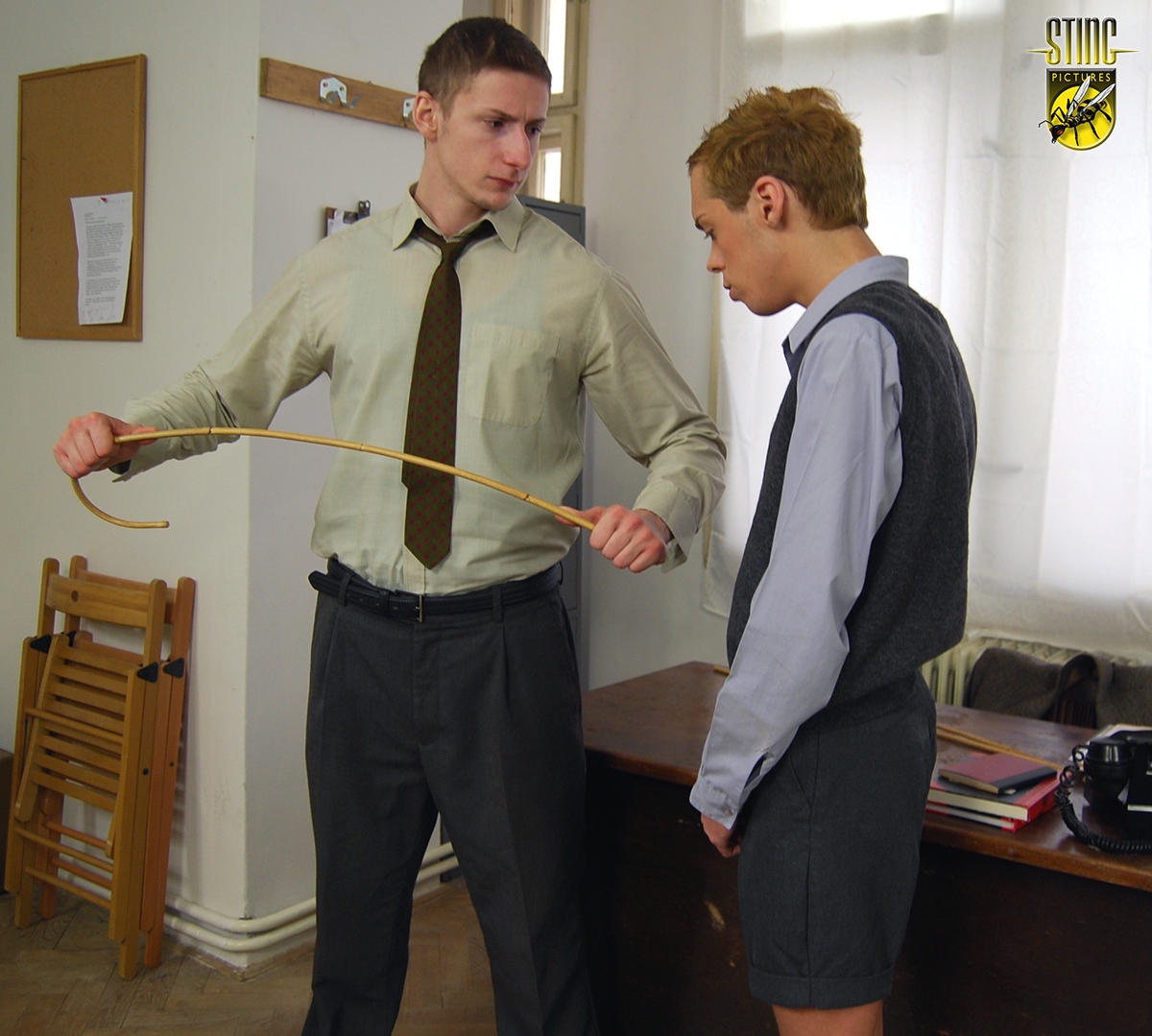 Two runaway lads, Tom Bailey (Pavel Novy) and Mark Anderson (New Sting lad Alexander Syden) have upset the senior master to such and extent that he sends them to be dealt with by a young house master Mr Crossley (Eddie Savion) 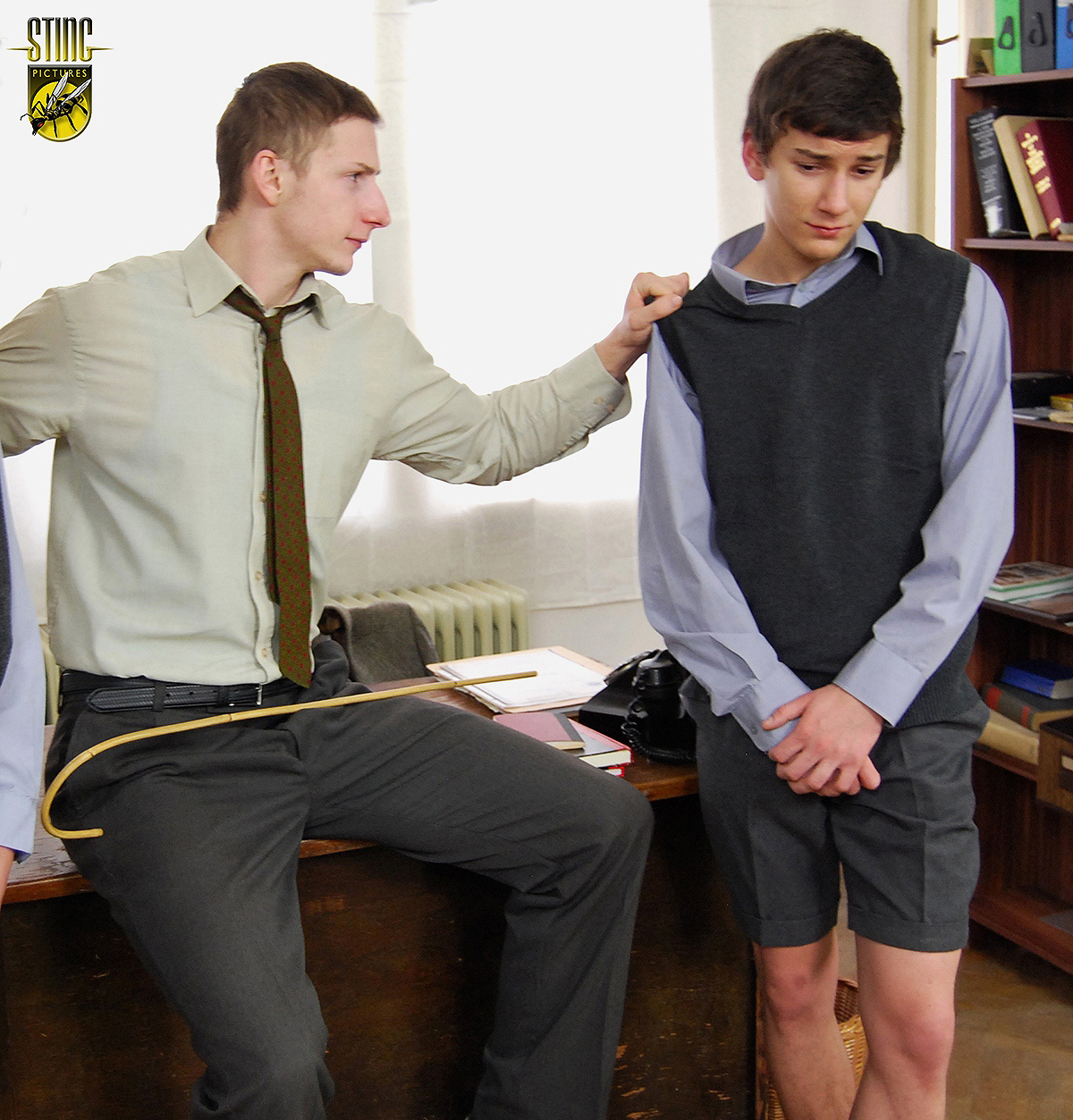 They are to get a good hiding in the old school tradition. 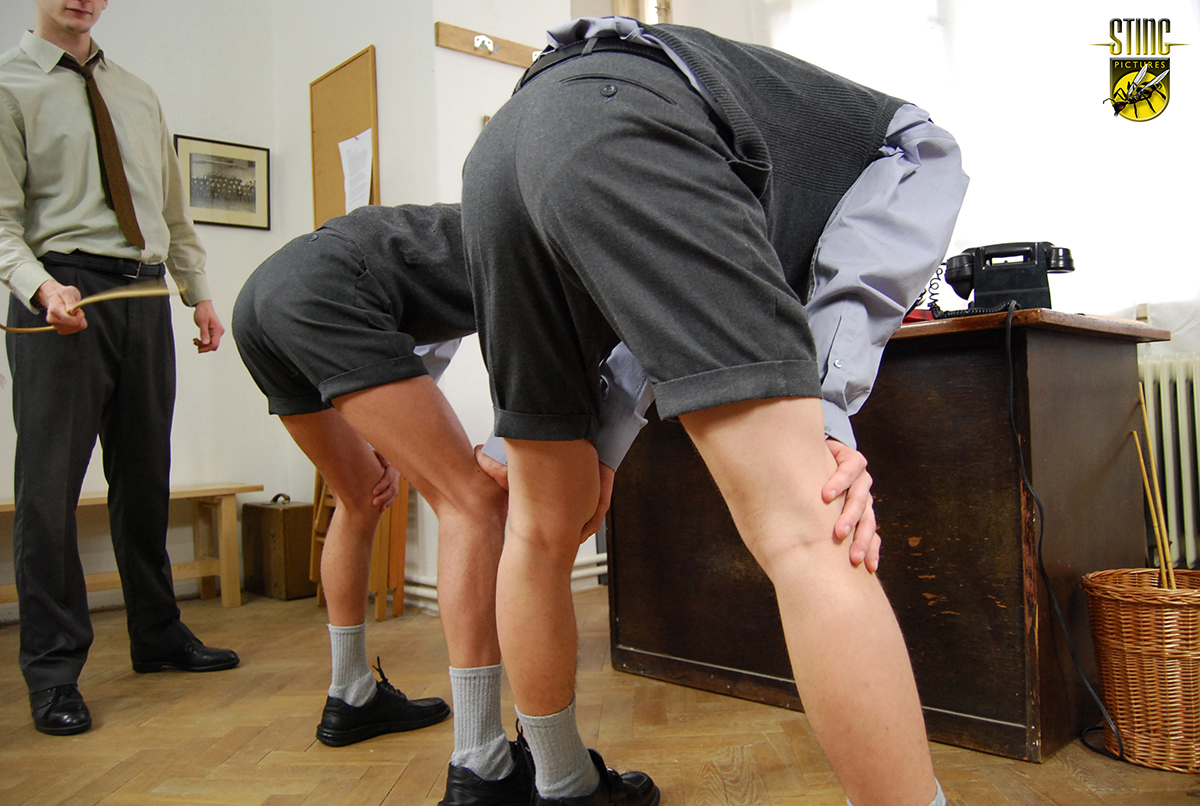 First bent over in their tight regulation grey shorts the rattan can cracks down. 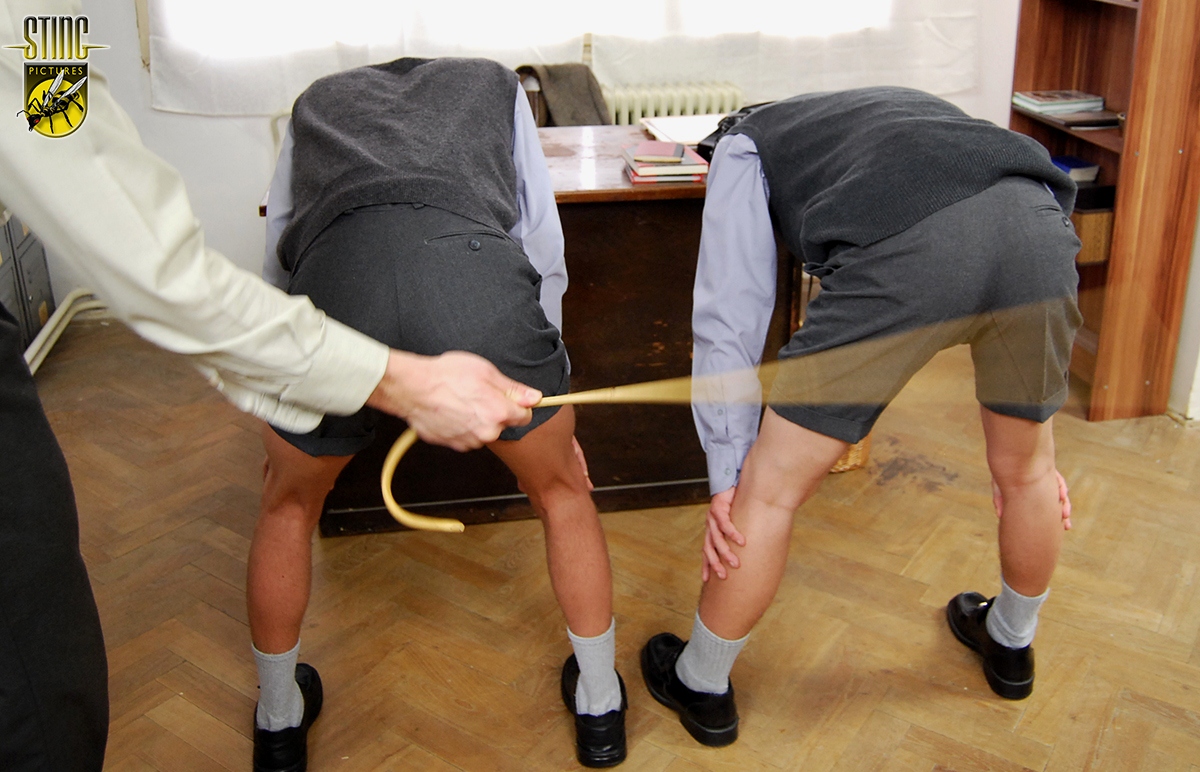 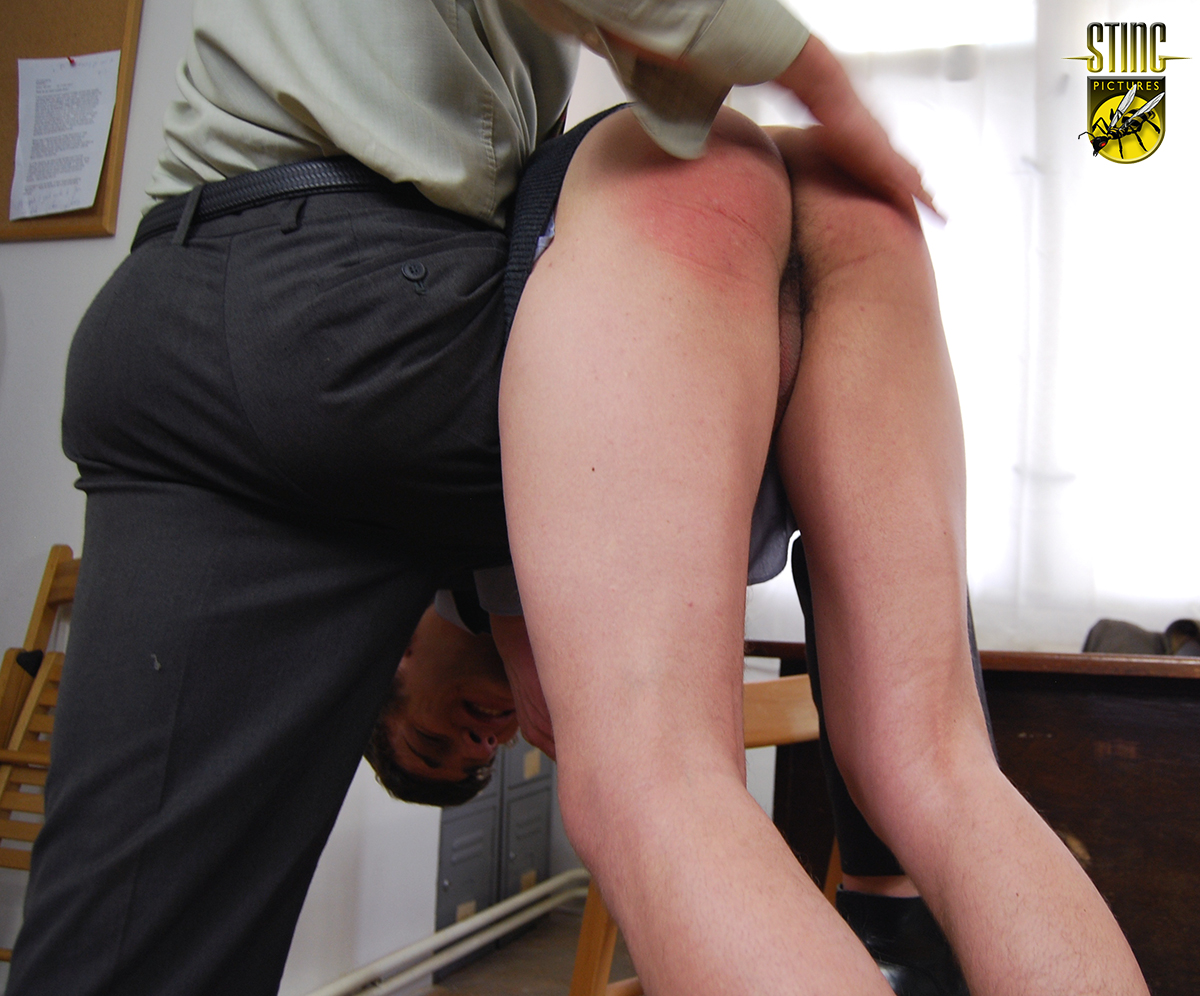 However this is merely a prelude to a firm over the knee spanking, bare bottom, high on the well-built master’s leg. Their backsides are now burning and growing redder with each stinging slap! 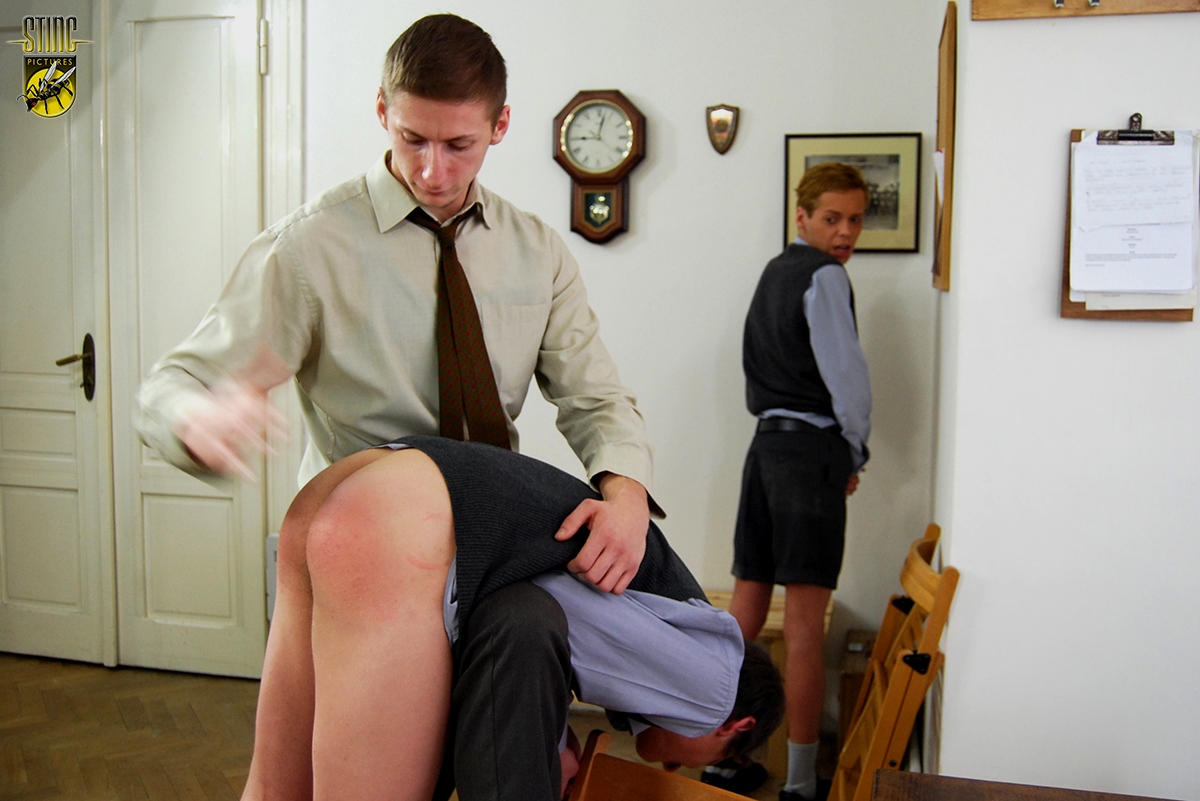 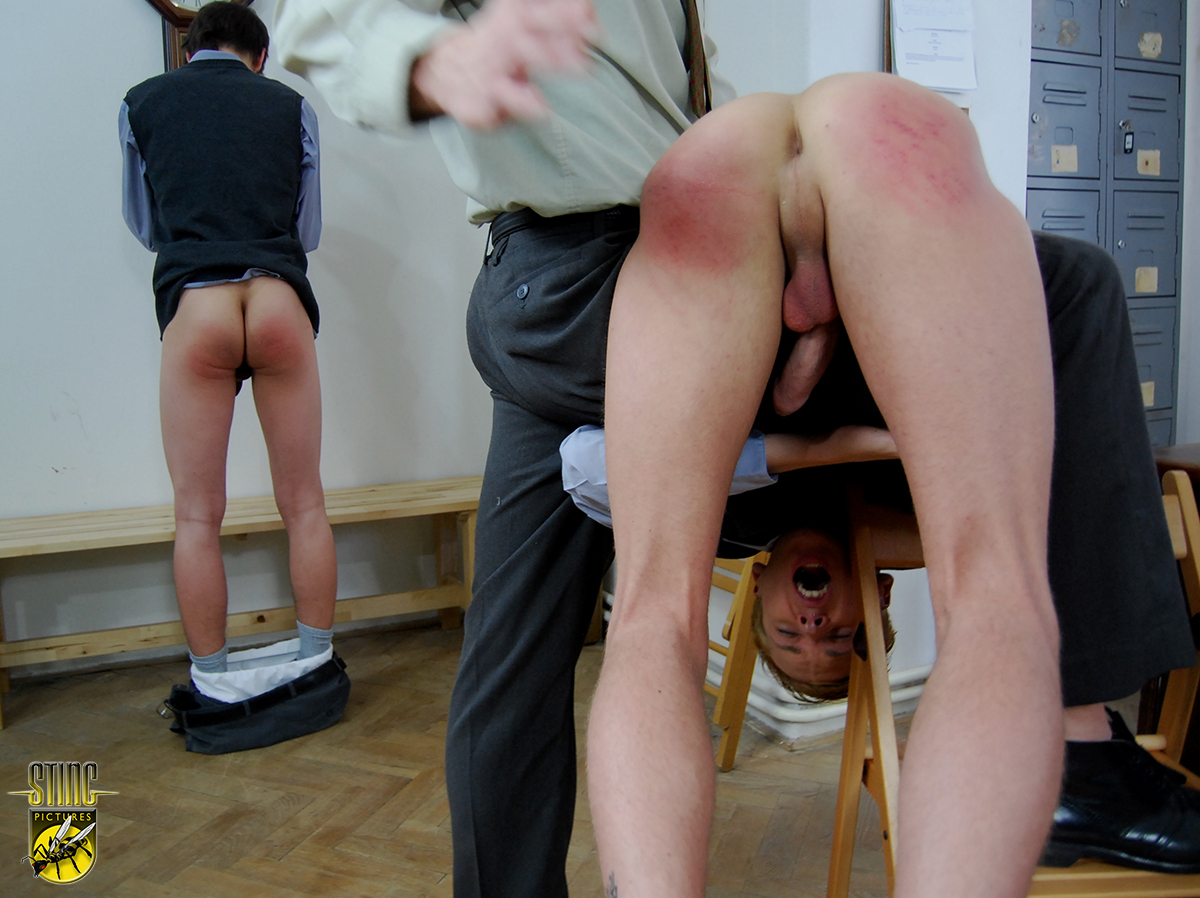 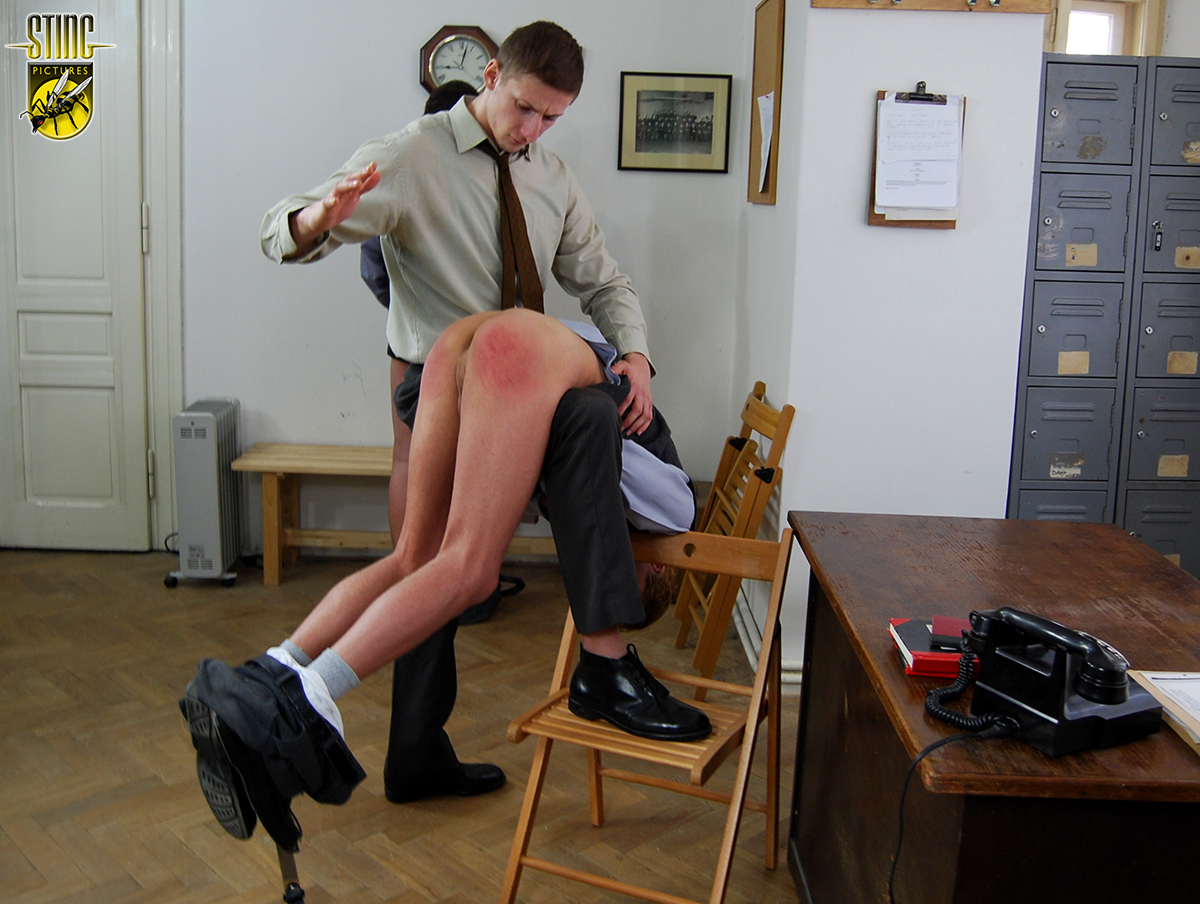 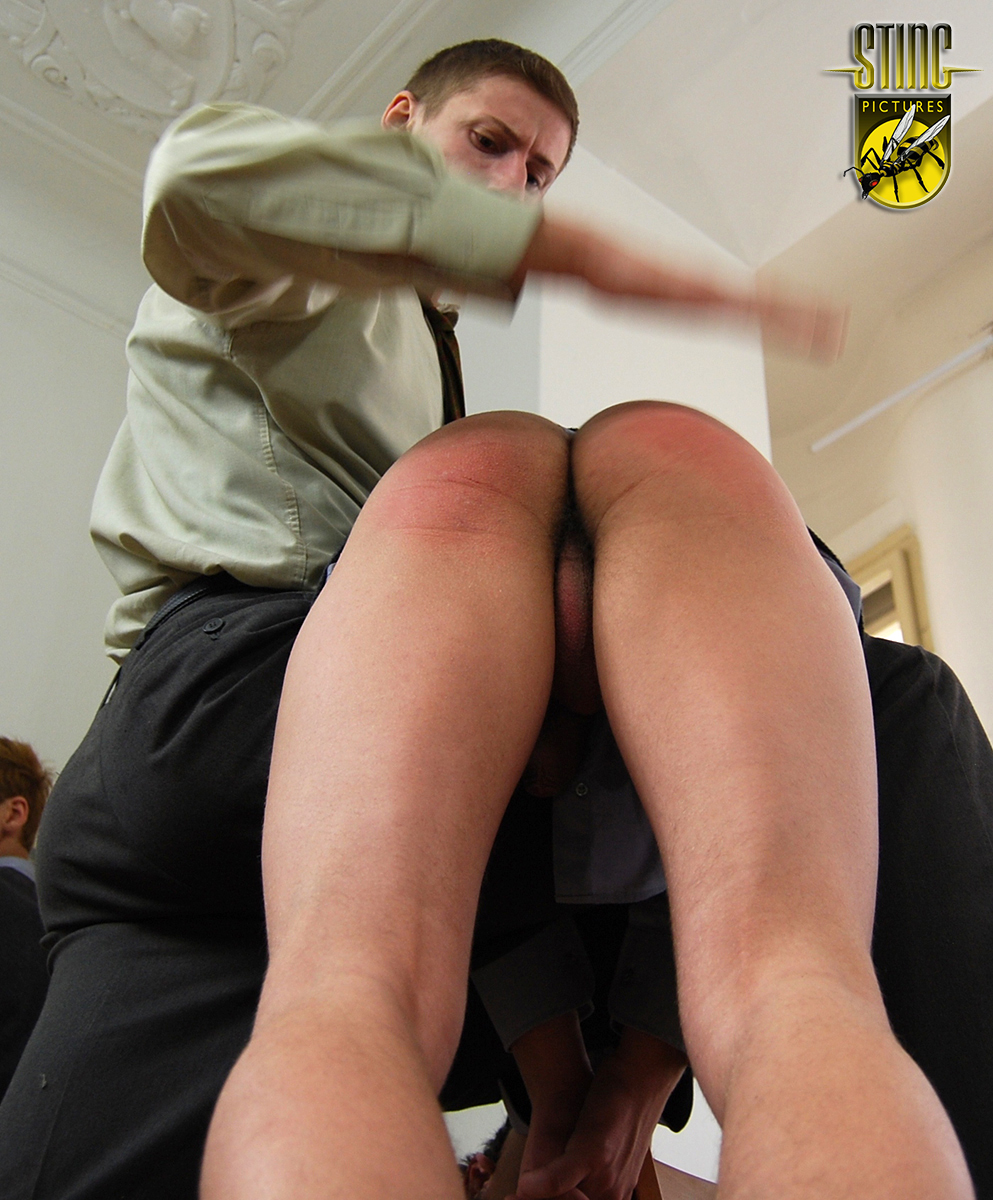 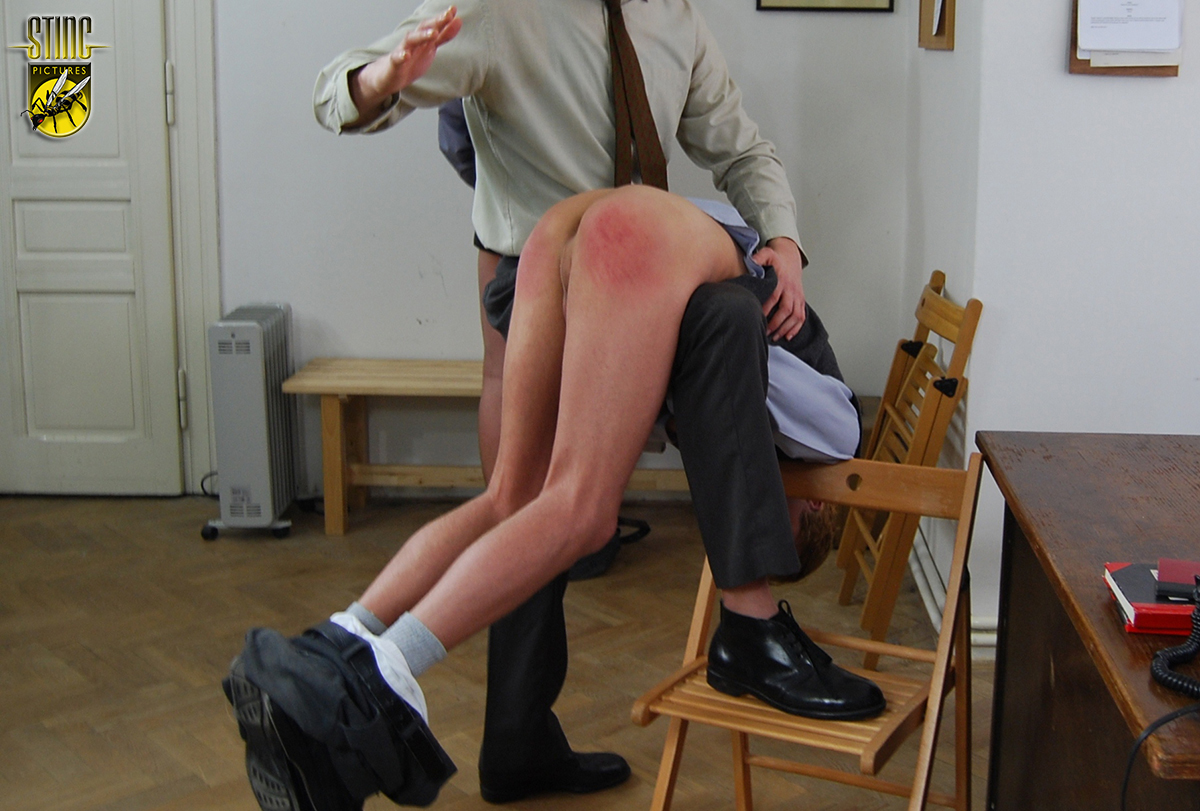 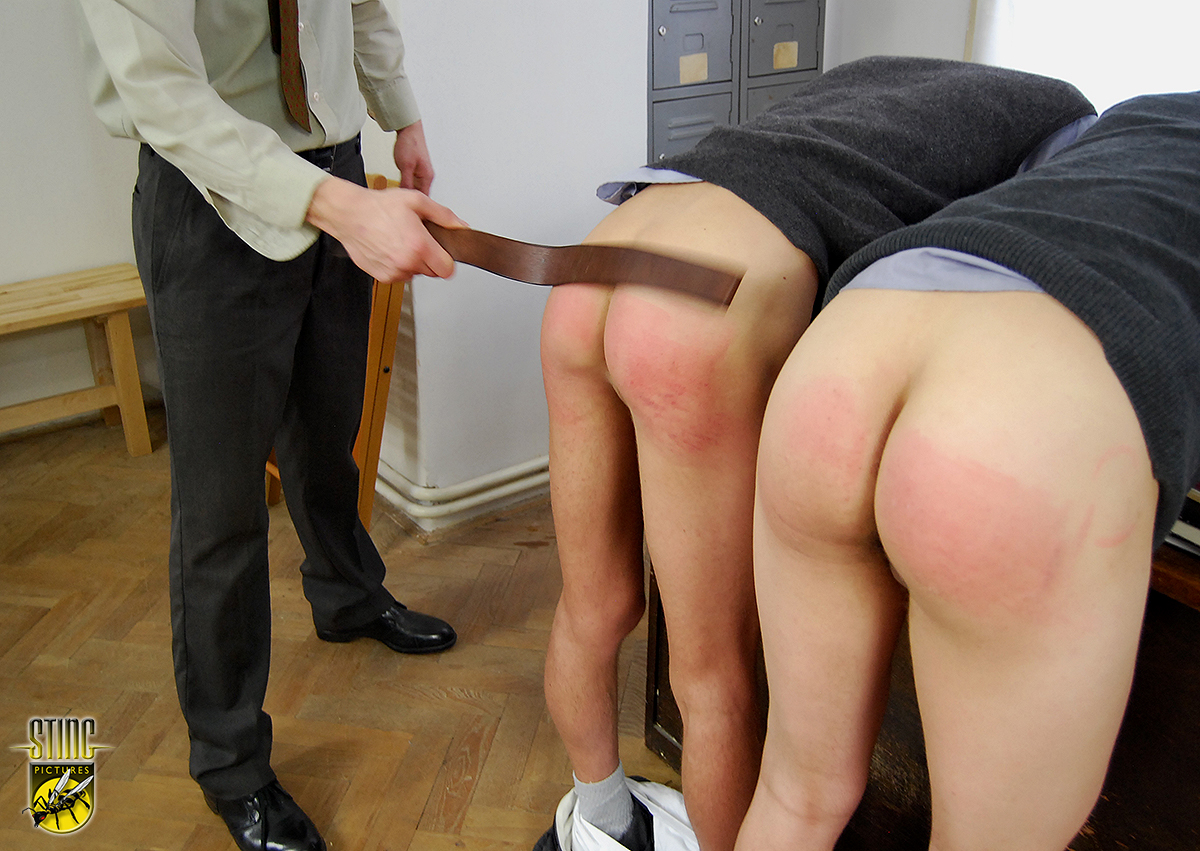 Mr Crossly is not one to do things by halves so the tearful lads soon find themselves over his old desk getting a thick well used brown leather belt across there already scolded bare bottoms. They yelp and squeal in unison at every stinging lash! 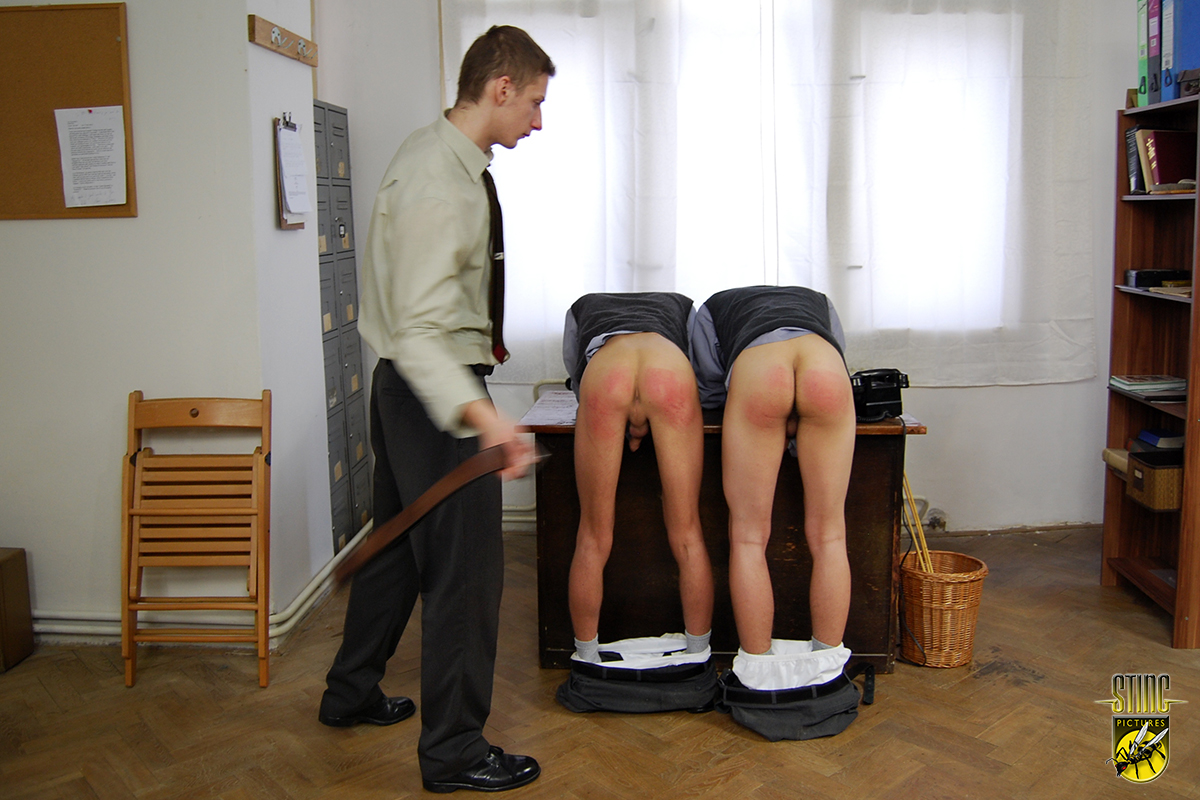 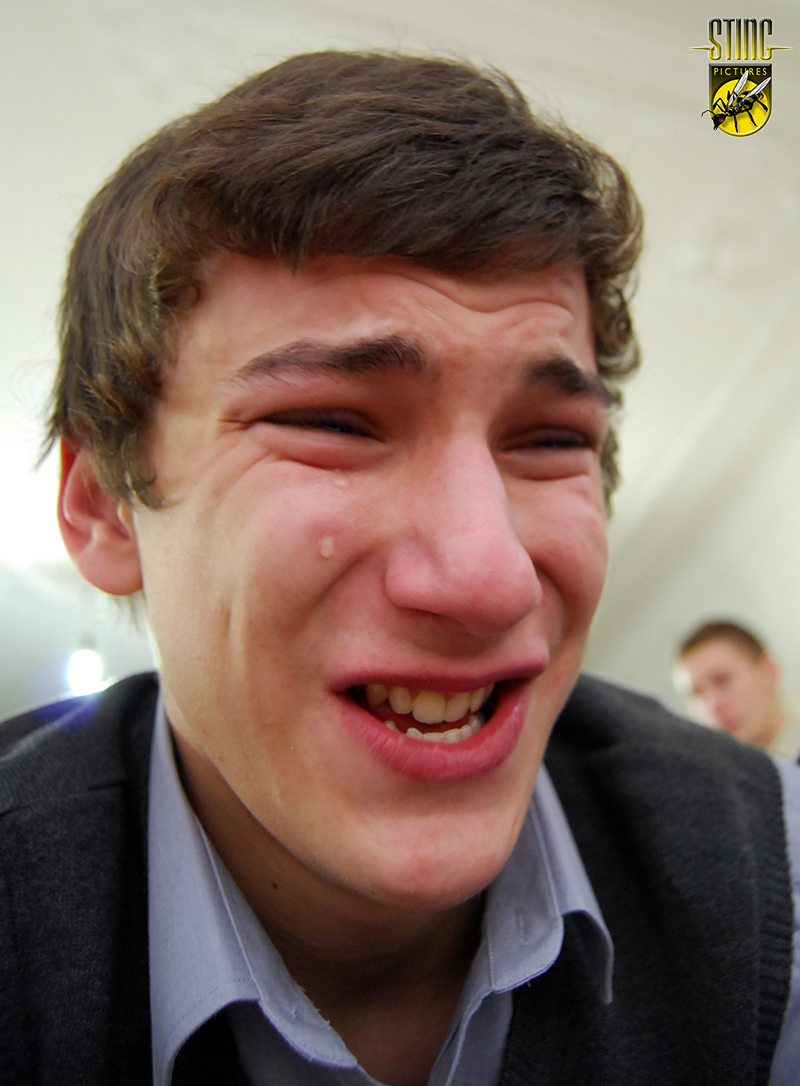 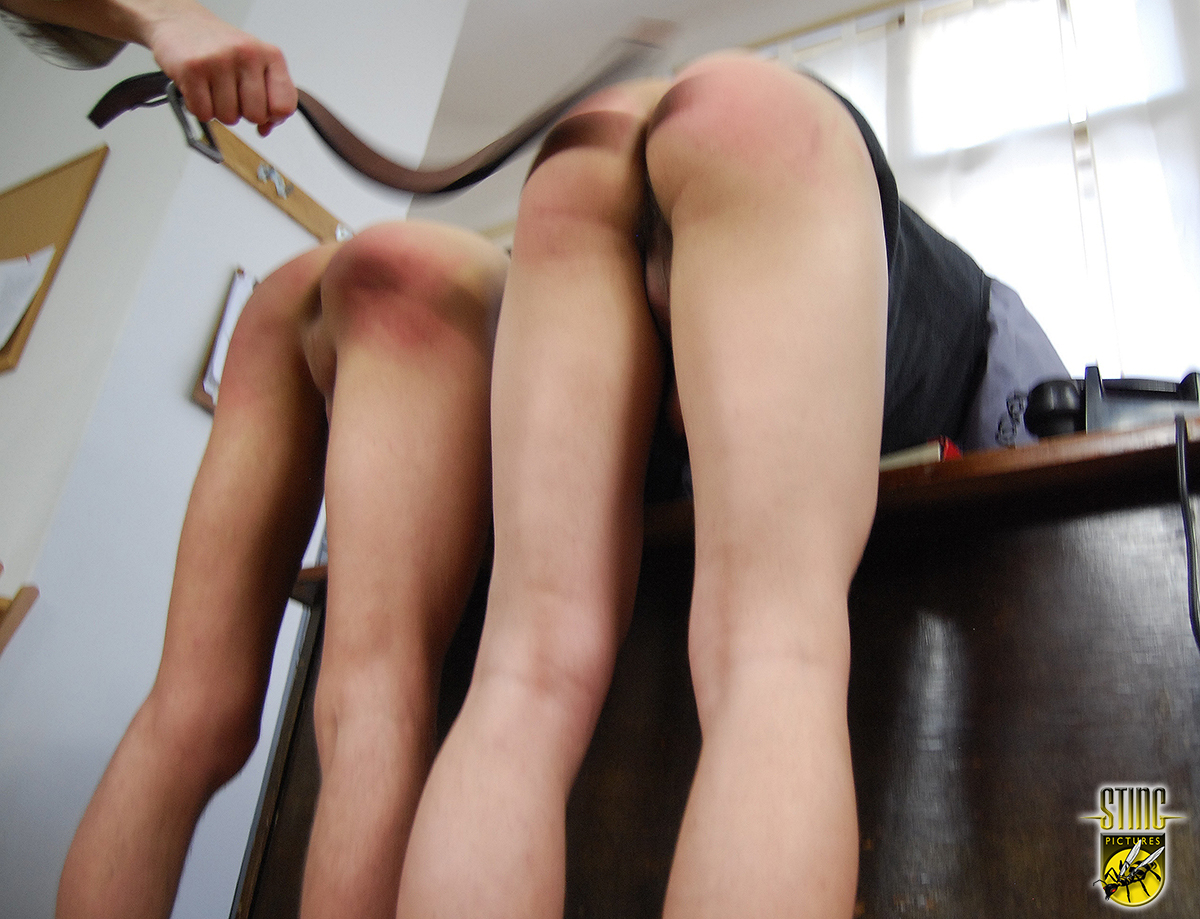 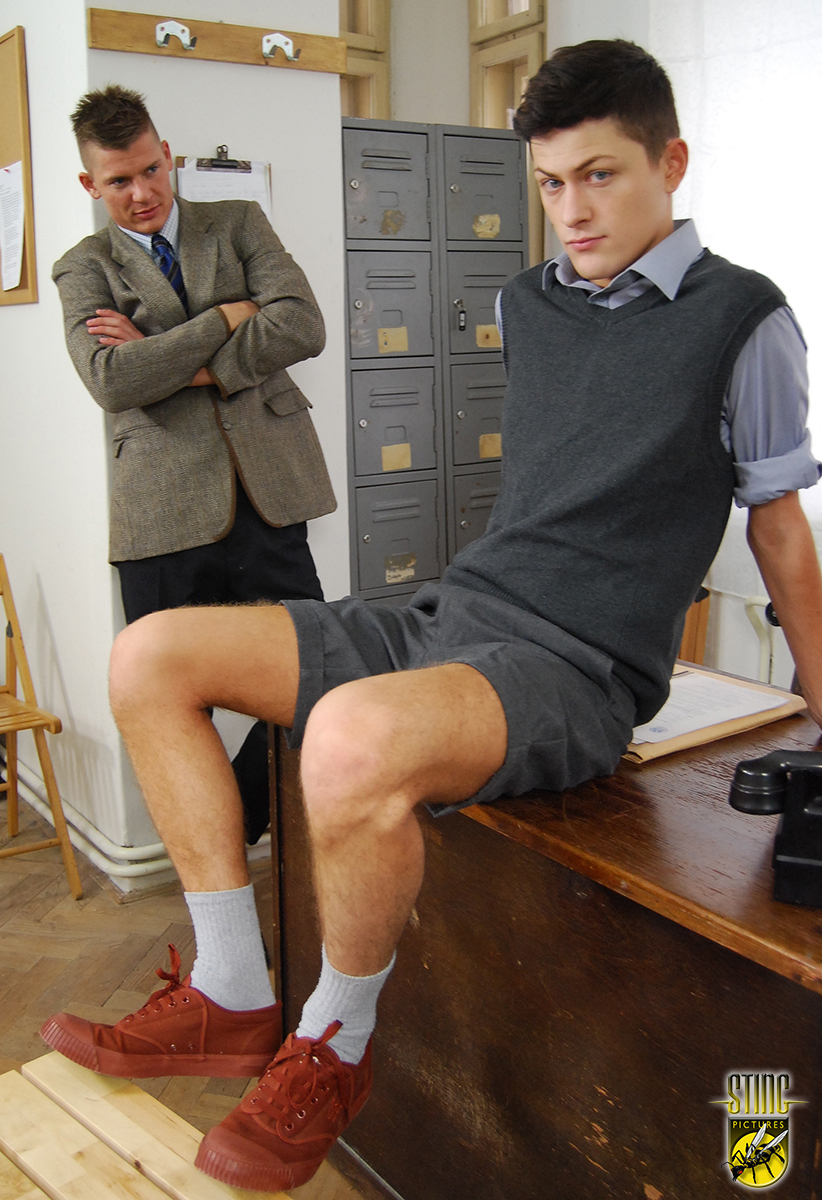 On the discipline front Alex Parker isn’t doing too well either, his weekly reports being terrible. The Deputy Head sends him to another fit young master Mr Cross (Mike Cross) to knock the insolence out of him. 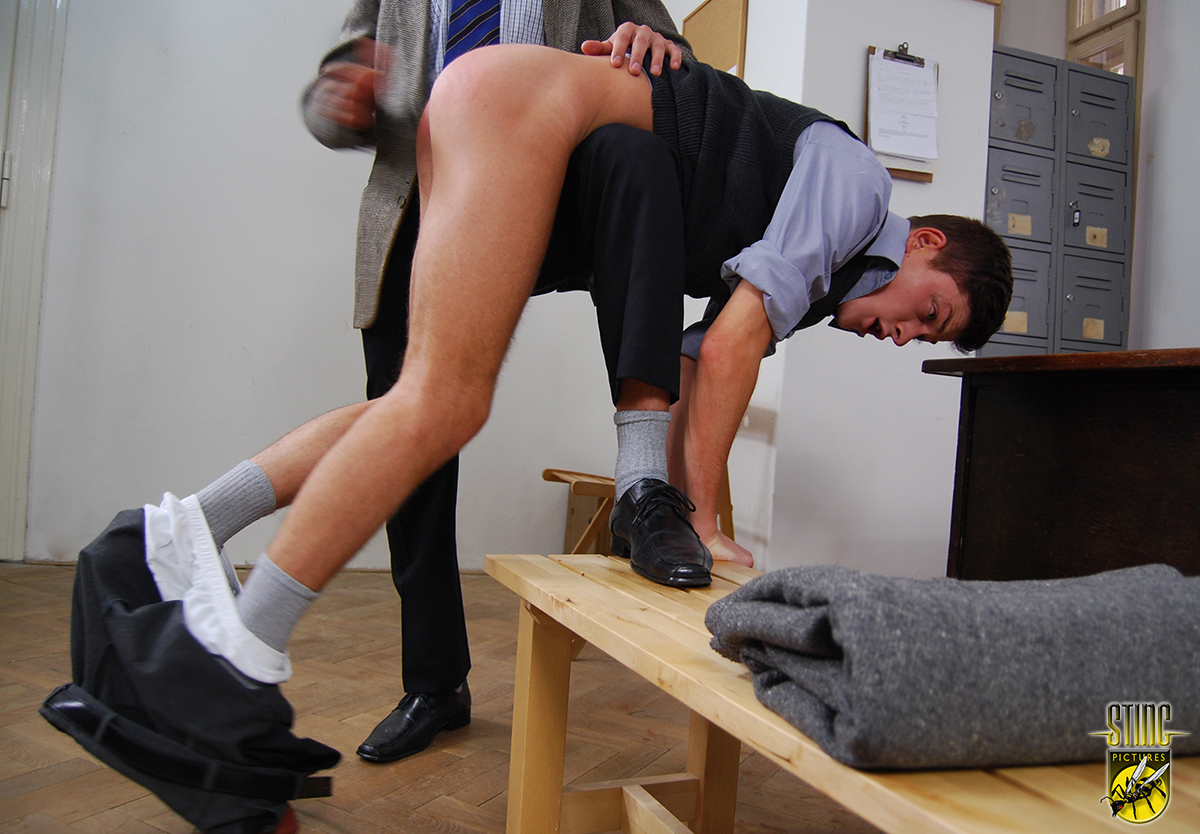 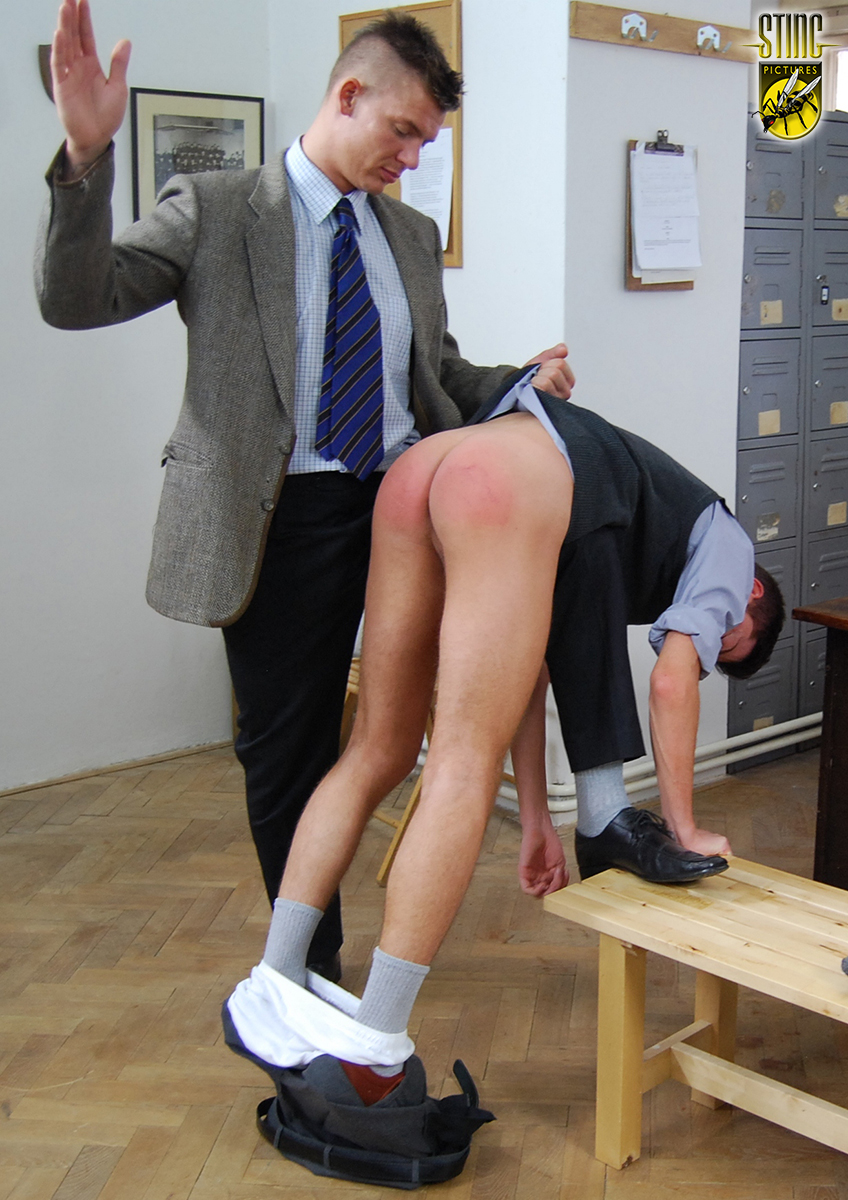 This he does with relish knowing he has young Parker completely under his control. 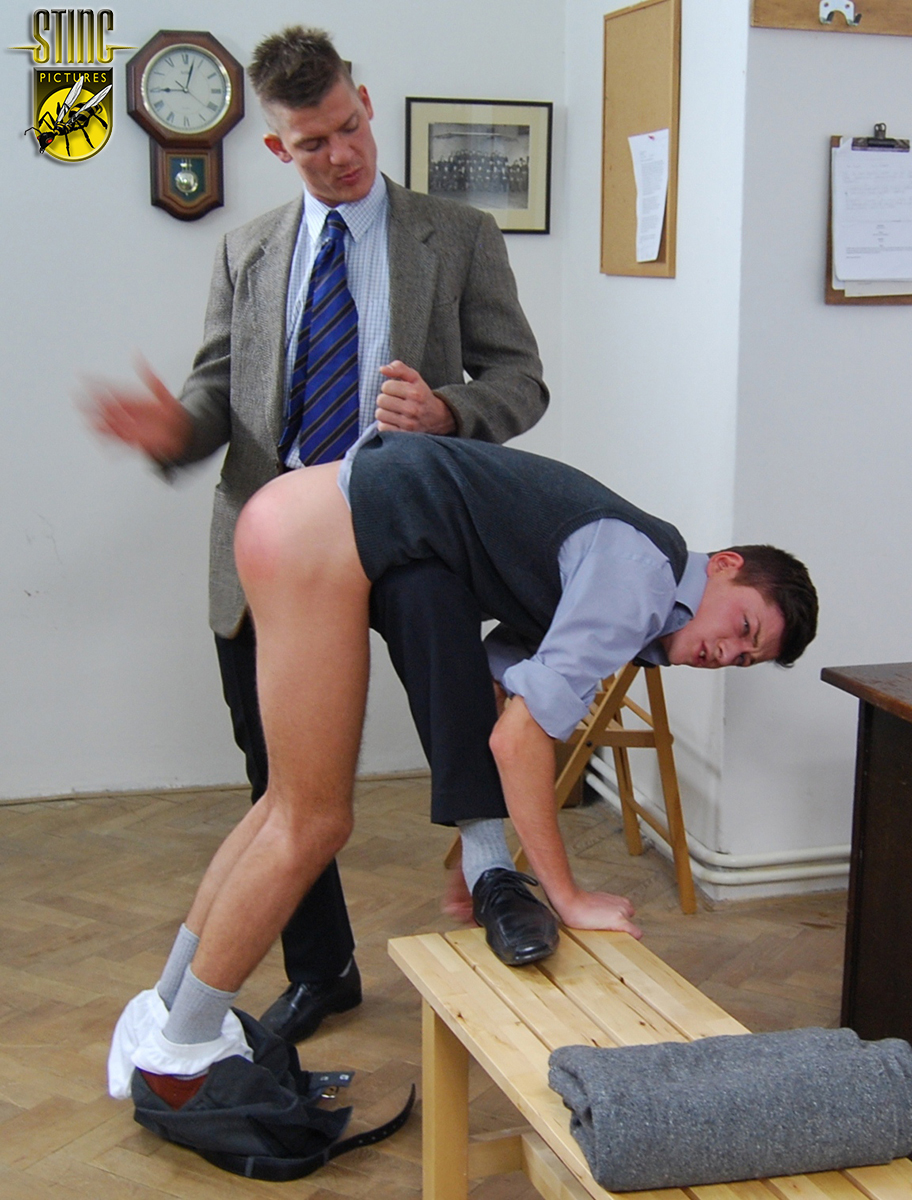 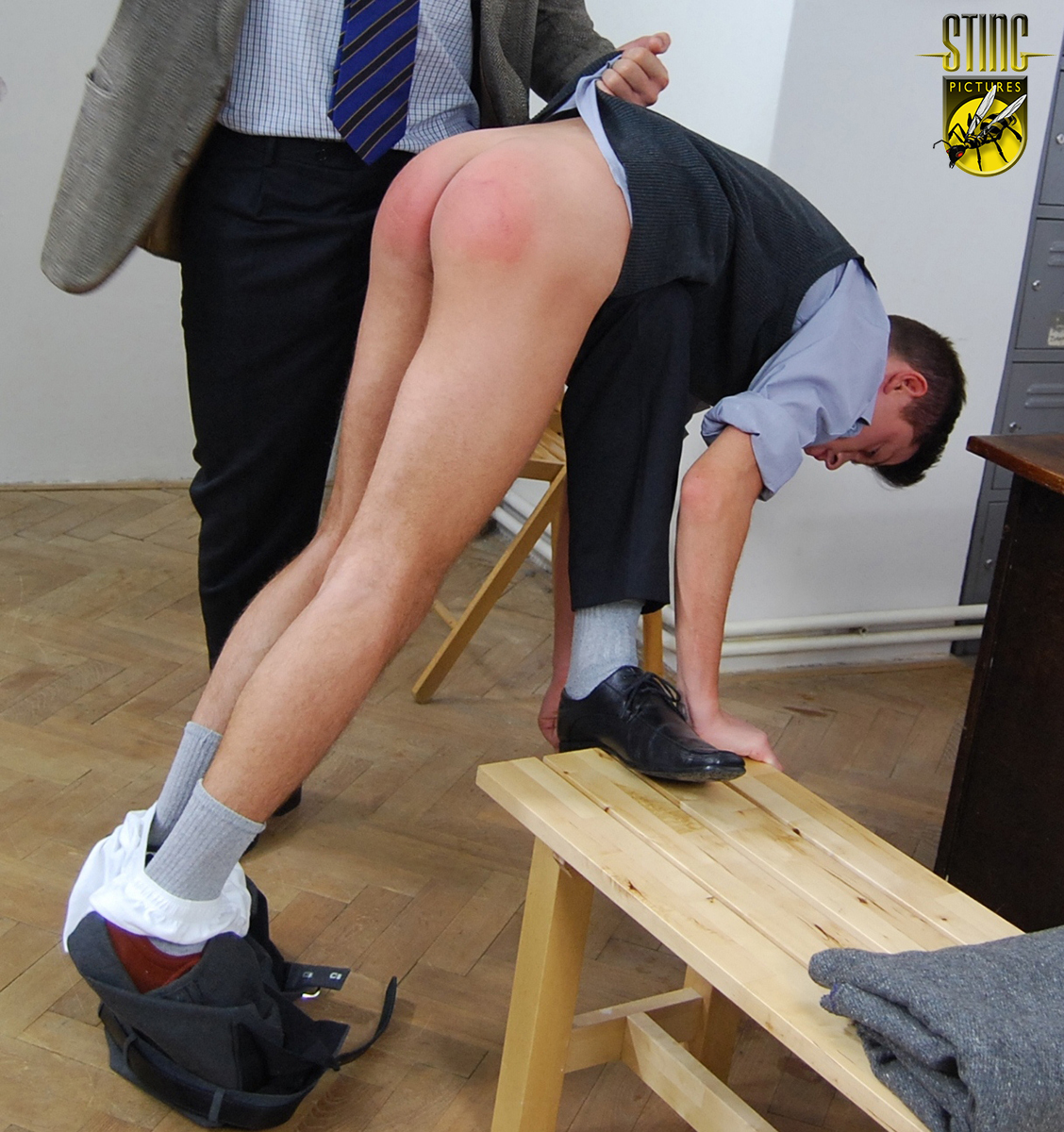 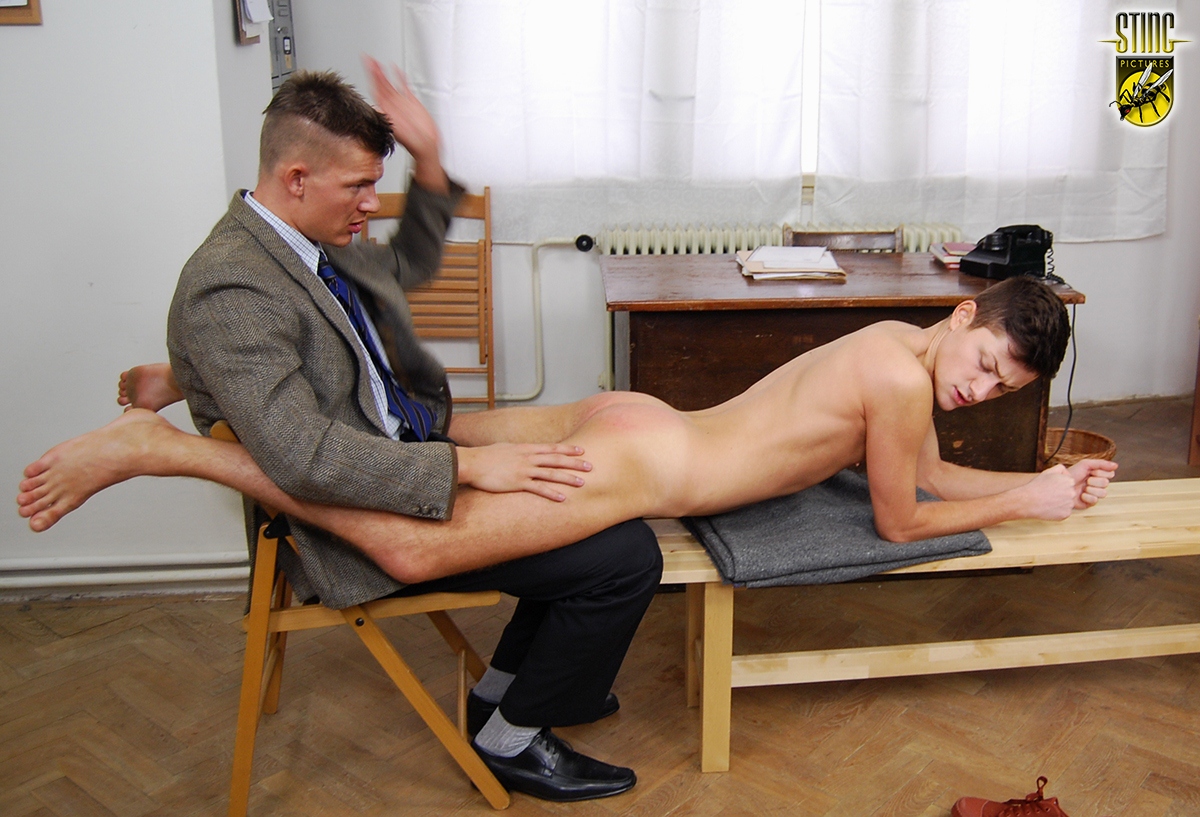 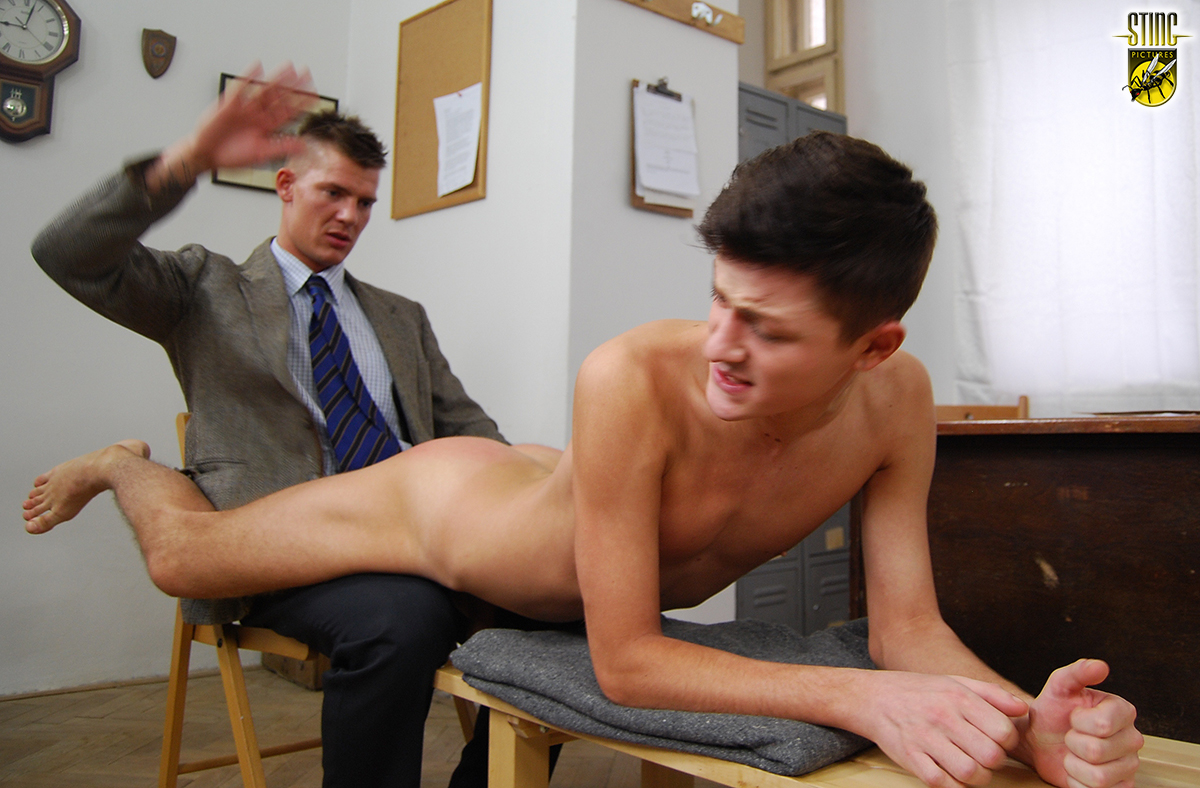 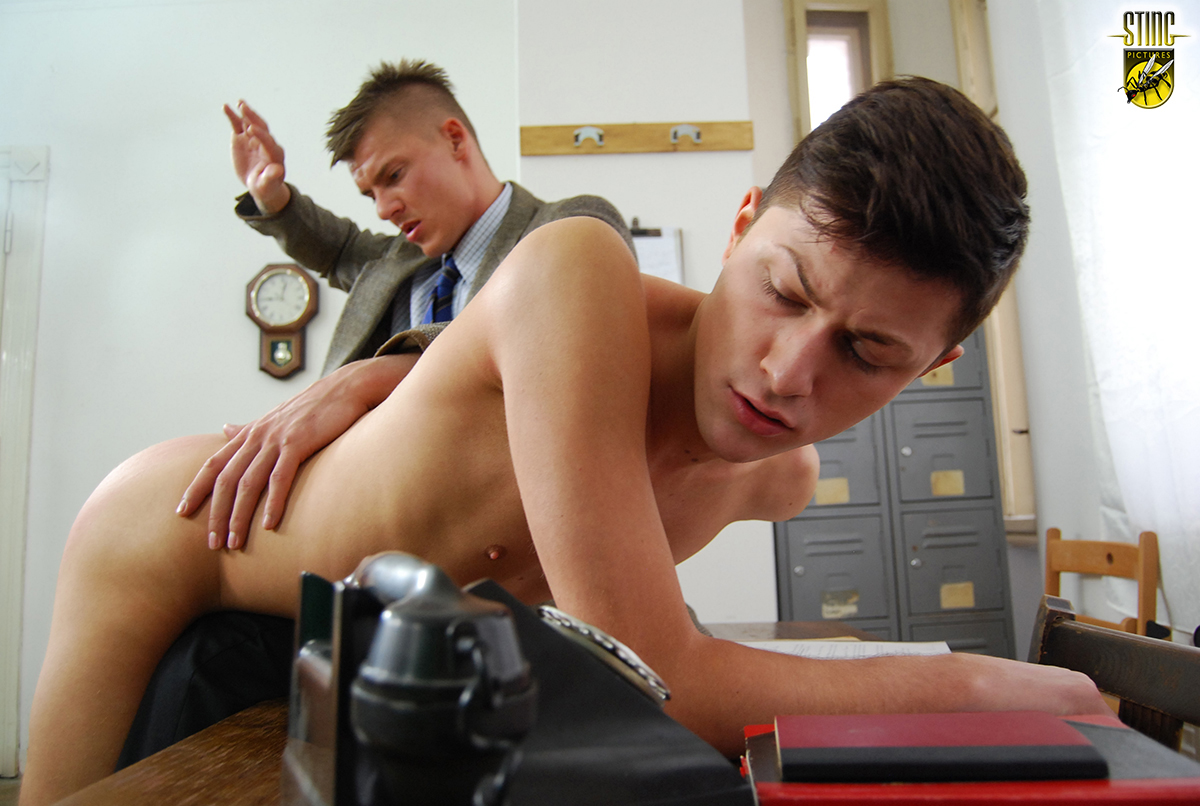 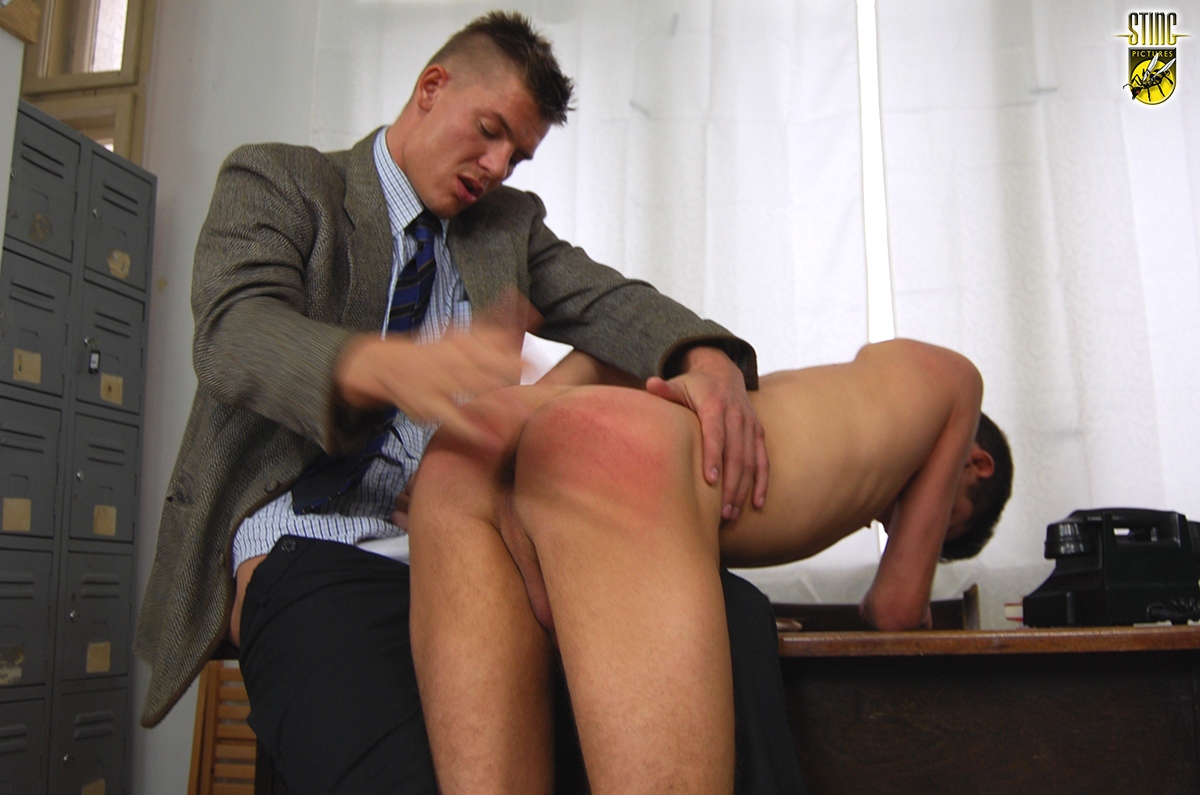 Very soon too Parkers upturned rounded bare bottom is red raw and after a second round of spanking face down on the bench he finds himself paying his debts to Mr Cross over the masters desk. Now he’s really taken down a peg or two and learnt that he serves his masters not the other way around! Another successful lesson in Approved Education. 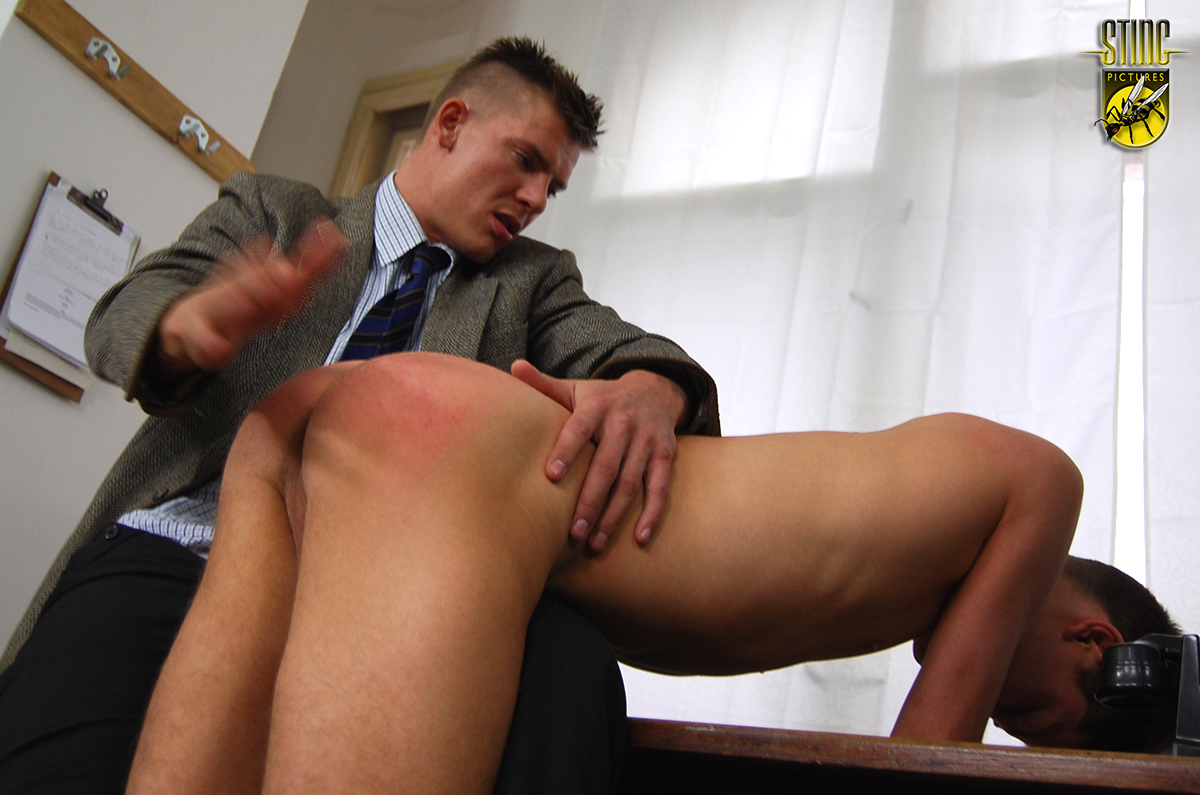 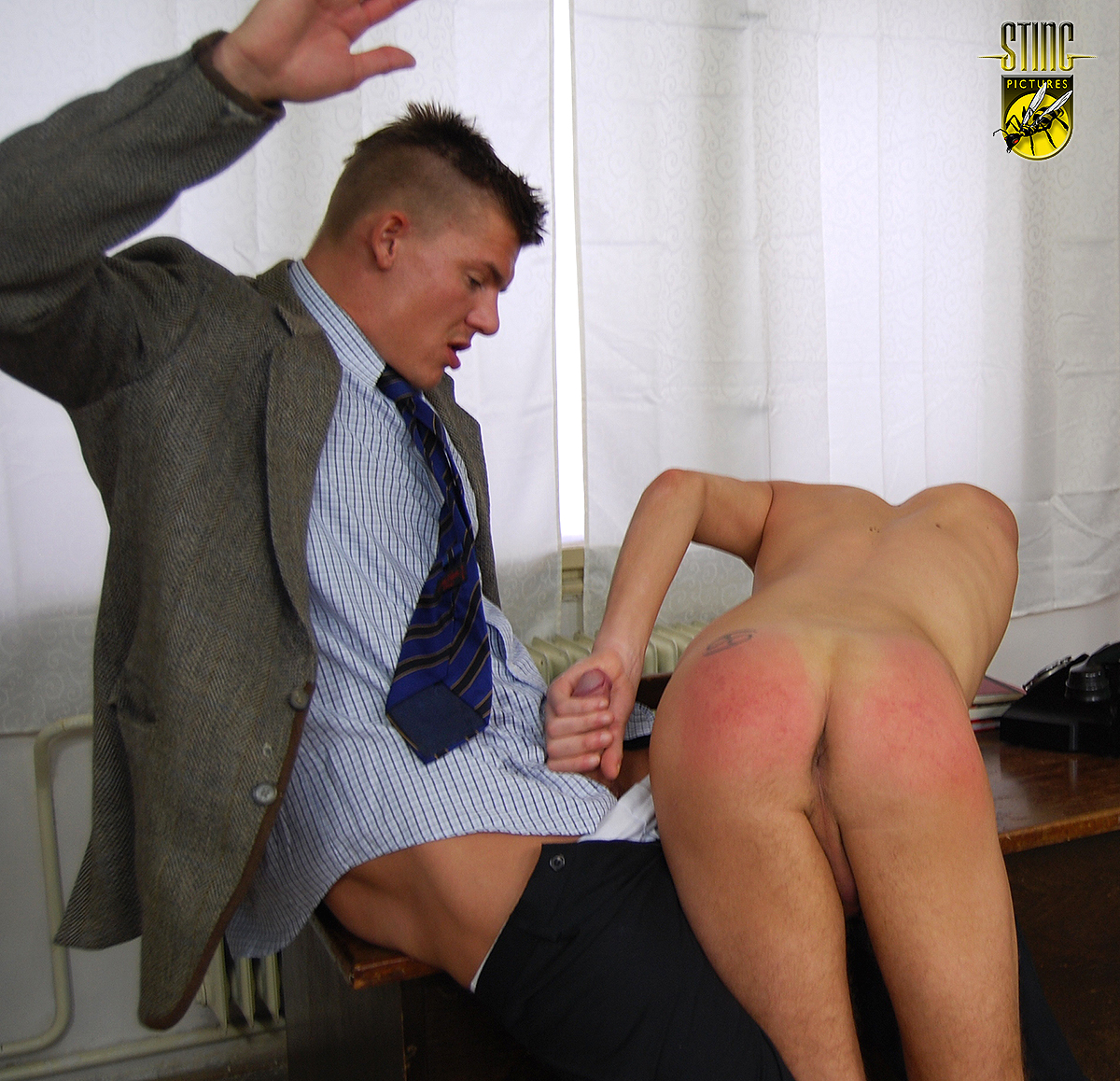 A version of this video will also be available through Sting Raw at Clips4Sale shortly, for customers who wish to use an alternative processor.